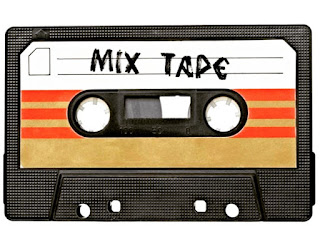 It's finally here! As mentioned in both my podcast and here on the blog I'll be compiling a series of mix tapes you can listen to during the long, restless, coronavirus lockdown hours. You can listen to them here on my blog or by heading over to my Mixcloud page at https://www.mixcloud.com/julian-radbourne/

Mix Tape #2: Roots & Branches of Audioslave
Two volumes looking at the work of Chris Cornell, Tom Morello, Tim Commerford and Brad Wilk, the supergroup Audioslave, featuring songs from Soundgarden, Rage Against the Machine, Temple of the Dog, Prophets of Rage, as well as Cornell's solo career and from his collaboration with legendary guitarist Carlos Santana. 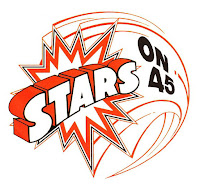 Mix Tape #3: 80's Medley Mania
Three volumes looking back at the medley craze created by Starsound in the early 1980's, which returned with a vengeance with Jive Bunny at the end of the decade.

Mix Tape #4: The Music of The Goons
The fourth in the mix tape series is a lot different than the different volumes. This particular compilations focuses on one of the greatest acts in the history of British comedy.

Mix Tape #5: Charity Singles 1984-2004
In 1984 Boomtown Rats singer Bob Geldof, upset at the images of the Ethiopian famine he’s seen on a BBC news report, gathered together the good and the great of the British pop music industry to record the song “Do They Know It’s Christmas?” under the Band Aid moniker. The rest, as the old saying goes, is history. 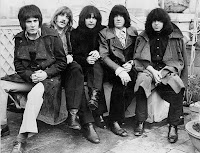 Mix Tape #6: Deep Purple: The Evans/Simper Years
It was inevitable really, wasn’t it? Deep Purple have been my favourite band for nearly forty years now, so I couldn’t really leave them out of this series. 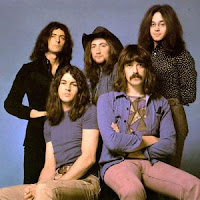 Mix Tape #7: Deep Purple: The Gillan/Glover Years
Following on from my previous Deep Purple mix tape we’re now going to take a look at the next stage in the band’s development. In 1969 the band wanted to move into a new direction and replaced singer Rod Evans and bass player Nick Simper with Ian Gillan and Roger Glover, formerly of Episode Six. 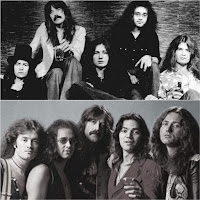 Mix Tape #9: Sport's Coming Home
With life slowly returning to normal and sport returning to action, here's a collection of sport-related songs to get those pulses racing. There's some songs about sport, songs that sports fans have adopted, as well as a few classic theme tunes from British television shows. 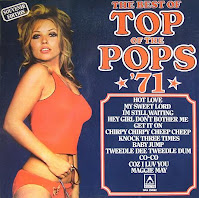 Mix Tape #10: More Music From the Year I Was Born - Soundalike Style!
It's time to revisit the music of 1971 again, but this time around we're doing it with the help of the hugely successful Top of the Pops budget album series. 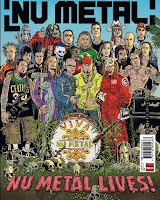 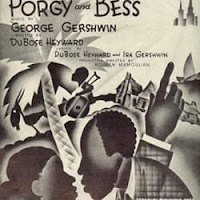 Mix Tape #12: Summertime
It’s one of the most recognisable songs in history, and it’s been recorded over 60,000 times, by jazz musicians, soul icons, prog rock legends, psychedelic masters, and even a Beatle! One version even “inspired” an iconic heavy metal song! 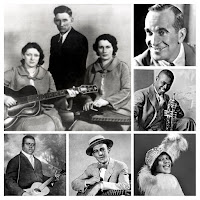 Mix Tape #13: Songs From The 1920's
Those of you who listen to my podcast will know that during the early days of the lockdown I felt the need to listen to a different kind of music, so I began listening to a few songs from the 1920’s.

Mix Tape #14: Tribute to Peter Green
Following on from my recent blog about the sad passing of blues legend Peter Green I’ve put together this small Mix Tape featuring some of the tracks he appeared on in the 1960’s. 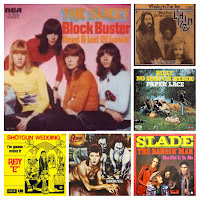 Mix Tape #15: Music to Grow Up To The story of how a father influenced his youngest son's musical tastes, with the help of a cafe owner in Cromer.

Mix Tape #16: 80's Purple
Having achieved a great deal of success with the likes of Gillan, Whitesnake and Rainbow Deep Purple's classic Mark II line-up returned with a bang in 1984.

Mix Tape #17: Roots & Branches of The Power Station
It’s 1985, and I’m sitting in my living room watching breakfast television trying to get ready for school. Then I see something that piques my interest, an item about how two guys from Duran Duran and a guy from disco giants Chic had joined up with a well-dressed bloke to form what would be one of the 80’s greatest super groups. 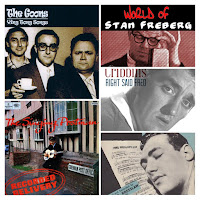 Mix Tape #18: Silly Songs
The Now 70's music channel has been broadcasting a list of "Silly Songs" over the past few months. The trouble is that most of them aren't actually silly, and the ones they think are silly are just really awful. So here's a collection of songs that are actually silly. 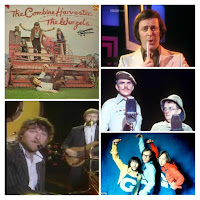 Mix Tape #19: Silly Songs From The 70's
My last Mix Tape, looking back at Silly Songs from the 1950’s and 1960’s proved to be very popular and brought back quite a few memories for you all. So with that in mind I’m bringing you a second Mix Tape filled with daft numbers, this time from the glorious 70’s! 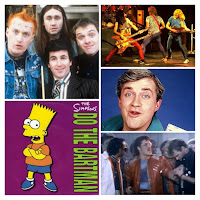 Mix Tape #20: Silly Songs From The 80's and 90's
It's the last (for now) in the Silly Songs series. So enjoy a few cuts from alternative comedians, singing sheep from Norfolk, a bunch of ageing British heavy metal stars, a yellow-skinned family from Springfield, and a big furry rat! 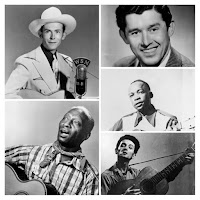 Mix Tape #21: The Forties Weekender
The annual 1940's weekend was due to take place in the Norfolk coastal town of Sheringham next week, but sadly it was cancelled because of the coronavirus pandemic. So to make up for that loss here's a collection of classic songs from that decade, although some of you may not associate these particular songs with Sheringham's celebrations.

Mix Tape #22: Tribute to Martin Birch
There was a time in my life where whenever I picked up a record I saw Martin Birch’s name on it. He wasn’t a singer or some axe-wielding guitar hero, but he was someone who helped shape the sound of dozens of albums over the years. 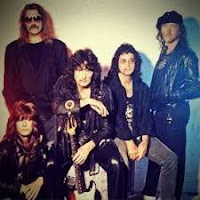 Mix Tape #23: Deep Purple in the 90's
I think it’s safe to say that the 1990’s was a somewhat turbulent time for legendary rockers Deep Purple. Former Rainbow front man Joe Lynn Turner replaced Ian Gillan, who had been fired in 1989, with Gillan returning at the insistence of the record company and everyone else in the band apart from Ritchie Blackmore in time for the band’s 25th anniversary in 1993. Blackmore only let Gillan back in in exchange for $250,000.

Mix Tape #24: Tribute To Eddie Van Halen
The music world lost one of it’s greats this week when guitar hero Eddie Van Halen passed away. He was 65 years old. Eddie was a true pioneer, a self-taught player who had a glorious career with his band Van Halen, as well as appearing on one of the most recognisable songs in pop history when he teamed up with Michael Jackson for “Beat It”.

Mix Tape #25: Tribute To Marc Bolan
If you’ve been following these Mix Tape collections you’ll know that one of my earliest musical memories is listening to the late great Marc Bolan and T. Rex. I’ve gone into the reasons why Bolan is one of my all-time favourites before, and who was responsible for introducing me to his work.

Mix Tape #26: Halloween Rock
Fed up with hearing Michael Jackson's Thriller at this time of year? Annoyed that Ray Parker Junior still ain't afraid of no ghost? Try this play list for size. 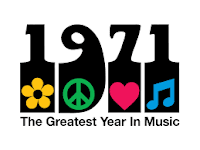 Mix Tape #28: 21st Century Purple
The final part of the mini-series looking at the various eras of Deep Purple. This segment looks at what the band have been doing in the 21st century as they move from their fifties to their seventies.

Mix Tape #29: Mariah Carey Not Included
I’m currently working for Morrisons here in Cromer over the Christmas period, and my job means that I’m constantly bombarded by Christmas songs from the moment I clock on to the moment I clock off. All of the usual suspects are there, and during some shifts it seems as if I’ve listened to five versions of the same song.

Mix Tape #30: Christmas Number 1's
The Christmas number one spot is one of the most sought after prizes in the UK music industry. Some of the biggest and greatest stars in the history of recorded music have held the top spot on Christmas Day over the years. Some of them have enjoyed tremendous careers, while others soon vanished from the radar after getting their fifteen minutes of fame on The X-Factor.

Mix Tape 34: Tribute to Lemmy
On December 28th 2015 the world lost one of it’s greats when Ian “Lemmy” Kilmister passed away at the age of 70. To say that Lemmy was a legend in the music business wouldn’t be understating things. He was at the forefront of the British heavy metal movement in the 70’s with Motorhead, a band which stormed the charts with classics such as Overkill, Iron Fist, Bomber, and, of course, Ace of Spades.

Mix Tapes 35-42: Tribute to David Bowie
On January 10th, 2016, the world lost one of it’s greats when David Bowie passed away just a couple of days after his 69th birthday. To say that Bowie was a legend wouldn’t be understating things. He may not have had much success in his early career, but when he got it he grabbed it with both hands and held on to it for dear life

Mix Tape 44: More Music from Russ Conway
So apparently piano maestro Russ Conway is more popular with my readers than David Bowie. If that's the case here's another collection of his hits.

Mix Tape 45: The Music of 1961
The Now 70's channel have recently been playing songs from 1971, song that celebrate their 50th anniversary this year. Let's go one better than that by looking back at songs that hit the UK charts ten years earlier in 1961.

Mix Tapes 52-53: The Genesis Effect Volumes 1 & 2
They were giants of progressive rock who became mainstream legends and who also launched successful solo careers and side projects. Here's a look at all of their chart hits from 1974 to 1982.

Please note: some of the songs included in these mix tapes may contain language that some people may find offensive.