See what the fans and those within the wrestling and MMA industries think about The Two Sheds Review:

It's guys like Julian that make the MMA world go round always a fare review and a guy that knows his stuff I just hope in the future there are more guys like him.
Dave O'Donnell, UCMMA promoter and television host.

Julian always delivers reviews that are accurate and entertaining. A reliable source that knows the in's and out's of the game and always shoots straight when it comes to letting you know what you should be watching and what to look out for.
Julian James, Wrestlerock owner and Australian wrestling personality.
There are very few wrestling and MMA writers in the online world that you can depend on for quality work. Julian Radbourne is not only one of them; he is the standard. His amazing reviews continue to entertain!
Eddie T, webmaster at TBLWrestling.com, one of the sites that carries The Two Sheds Review.
Julian has always proved to be a hit with the PWMania.com readers. Providing accurate information and bringing great quality to his reviews and articles, Julian does a great job at keeping his readers interested in what he has to say. The number of years Julian has also been writing for brings his work to another level, bringing a vast amount of experience in writing.
Andy Steven, PWMania.com 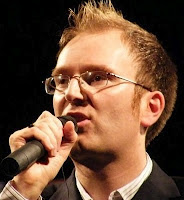 Julian is one of the most passionate and long-standing chroniclers of the modern day British Wrestling scene. The Two Sheds review is always entertaining and thought-provoking.
British wrestling promoter and journalist Greg "The Truth" Lambert.

Good, thorough and timely reviews of our products which have definitely helped boost sales, plus, personally a pleasure to work with!
Tony Simpson, Managing Director, Frontier Wrestling Alliance