The First Blog of the Year 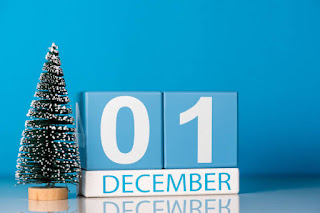 I’m going to begin 2023 with a little confession for you. It’s something I’ve only told a couple of people, but given my history I probably should have told a few more people.

You see, I’m not really a big fan of December, particularly the first two weeks, and one day in particular. I always feel sad in the run-up to December 13th, the anniversary of my mother’s passing. But this year for some reason it hit me really hard. 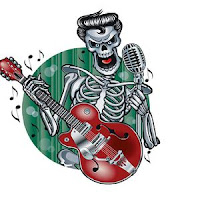 Here's some more Halloween music for you, just in case you still want your fix:

Halloween Rock first appeared as a two-parter on my old Mixcloud page last year, in response to the playlist I was forced to listen to during my shifts at Morrisons. I've combined the two mixtapes into one here and added a few more tracks, including some I found on Spotify and a few spooky WWE entrance themes.

The Dark Side of Frogleap Studios is a new playlist featuring the somewhat darker cover versions of Norwegian Youtuber and heavy metal maniac Leo Moracchioli. There's fourteen tracks here, including a great cover of The Addams Family theme.

Finally, this one isn't one of mine. It comes from no other than the Prince of Darkness himself, Ozzy Osbourne. Ozzy's Halloween Horrors Playlist features some of his greats from his career alongside the likes of Judas Priest, Santana, Rob Zombie and more.

Click on the highlighted/underlined text to access the playlists on Spotify. Now don't bother coming round mine for trick or treat tonight. I've got to be up early for work tomorrow!

Email ThisBlogThis!Share to TwitterShare to FacebookShare to Pinterest
Labels: Announcements

The Scariest Thing You Will Ever Hear 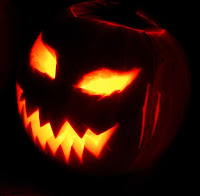 All Hallow's Eve is just around the corner, so as you carve up your pumpkins and dress up as your fave monster or serial killer you're going to need some music for the occasion.

Here's a Spotify playlist that you can listen to on Halloween night. The thing is though that the music on this list is so scary, it's so frightening that once you've listened to it you'll never be the same again. This playlist will turn your hair white (if it isn't already), it'll put you off your food and give you countless sleepless nights for the rest of your life.

Dare you listen to this truly horrific music? If so then click here!

Email ThisBlogThis!Share to TwitterShare to FacebookShare to Pinterest
Labels: Announcements 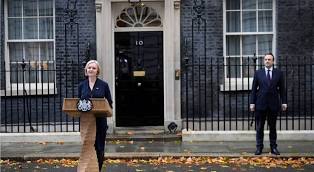 When I was growing up we Brits seemed to have a snooty kind of attitude as far as countries with weak political systems were concerned.

It's as if we constantly looked down on them. "Look at Johnny Foreigner over there!" we'd say with our noses in the air. "What a joke they are with their contstantly-changing leaderships!"

How many Prime Ministers have we had since the Brexit campaign in 2016? Now we're the bloody joke.

Remember my old Two Sheds Mix Tapes series on Mixcloud? You can now listen to some of them on Spotify, and some of them have been expanded a little.