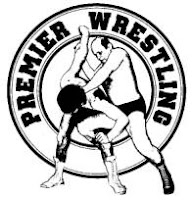 My first taste of the Premier Promotions product tonight, a company with a loyal following, andone of the few in Britain who strive to keep the traditions of British wrestling alive. Most of thecontests were fought under the rounds system, and over the best of three falls.

KRIS KAY v BARRY COOPER
Fought over six round, Kay and Cooper opened the show, and even though some of themoves were crisp and good looking, this bout didn't really capture my imagination. But thenagain, this may be because this is the first time I've seen these two in action, and as withmany other wrestlers, it takes a few more viewings for me to appreciate their talents more.

The first fall went to Kay, who pinned Cooper after a Death Valley Driver. Cooper equalised around later with a folding press. In the following round, Kay thought he had secured the pinwith a second Death Valley Driver, however, his actions after the bell proved to be hisdownfall, as his attack on Cooper caused the referee to reverse his decision, as Cooper wasdeclared the winner via disqualification.

"THE SPECIALIST" MARK SLOAN v JAMES TIGHE
Two of the top stars of the FWA fighting under the rounds system promised much on paper,however, at the end of the day, it failed to deliver.

Sloan came to the ring with an entourage, in the same way a championship boxer would. Eachwas dressed in the same way as Sloan, and straight away, his cohorts drew the ire of thecrowd, as they obstructed the view of some of the fans in the front row.

Although this contest promised much, it just didn't deliver for me. Tighe is regarded as one ofthe best young talents in the country, and I've seen him in some excellent matches before, buthis performance seemed a little off tonight, as did Sloan's.

The first fall came in round two. One of Sloan's cronies handed him a bottle of water, which hesprayed in Tighe's eyes to set him up for the super-kick. Tighe evened things up with a pin inthe following round, and secured the victory in the fourth round with a move similar to theMichinoku Driver. After the contest, Tighe took out his previous frustrations on Sloan'shenchmen.

THE "NEW" SUPERFLYS v THE THUNDER DRAGONS
The men who seem to hold the majority of the belts in Premier, Ricky & Roy Knight, went upagainst the latest Japanese sensations to grace these shores in the only contest that wasn'tfought over rounds, instead being contested over a thirty minute time limit.

After the somewhat flat opening contests, this bout, thanks mainly to Ricky's always excellent microphone work, really got the fans going. Of course, the action in the ring helped a little aswell.

The first fall went to the Superflys. After whipping the black-haired Thunder Dragon into the ropes, Knight used his strength to whip Roy over the top rope from the ring apron, and Roy caught the Dragon with a flying clothesline to secure the first pin.

The second fall went to the masked men. The black-haired Thunder Dragon tried to take Ricky down with a flying cross body-block, but the Rowdy Man used his strength to thwart this attempt. It was only when the Dragon's red-haired partner drop-kicked his own man in the back that Ricky left his feet, and gained the equalising pin.

The third fall went to Superflys, as Roy pinned the black-haired Dragon after a top rope elbow drop. However, this only happened after Ricky had thrown his corner man's bucket into him. The spit certainly did fly in this match.

LEE DARREN v "THE WONDERKID" JONNY STORM
This was the best singles match on the card, as the Premier Welterweight Champion went up against the man considered to be Britain's top high-flying star. Having seen Jonny on The Wrestling Channel many times over the past few weeks, it was good to see him in person again. However, this seemed to be a slightly different Jonny Storm, with the high-flying moves we often see in the FWA mostly missing tonight.

The first fall came in round two. After connecting with a Mysterio-like 619, Jonny came off the top rope and pinned Darren after a springboard moonsault. The second fall came soon afterwards. In an attempt to ground his opponent, Darren began to work on Jonny's legs, and the Wonderkid tapped with Darren locked in a submission hold, stretching Jonny's injured leg around the back of his neck. Darren then secured the victory a short time later with a roll-up. However, being the dastardly heel that he is, he only got the pin by placing his feet on the ropes. Despite Jonny's protests, the referee said that he could only call what he saw, and that his decision was final.

BATTLE ROYAL
The way that every Premier Promotions show ends, with every wrestler who has competed on the card going at it in a battle royal. Long-time readers of my column will know that although I enjoy these types of matches, I hate reporting on them because it's so damn hard to follow everything that's going on. Jonny Storm eventually emerged as the winner, eliminating Roy Knight last, despite still showing the signs of the leg injury Lee Darren had inflicted upon him moments earlier.

In conclusion - it's nice to see that some companies attempt to keep the British wrestling traditions alive. Premier Promotions have a strong and loyal fan following, and are known for their strong shows.

As I mentioned before though, the first two matches weren't to my liking. The performances were okay, but they just failed to grab and hold my attention in the way that a wrestling contest should. But as a first taste of the Premier Promotions product, it was okay.

Match of the night goes to the tag-team encounter between the New Superflys and the Thunder Dragons. A good example of tag-team wrestling. I have no idea who the masked men are, but it's obvious they've teamed together for a while.

Finally, my thanks must go to Premier Promotions main man John Freemantle, for allowing me to attend the show. I look forward to meeting him again soon.
Posted by Julian Radbourne at 15:45:00