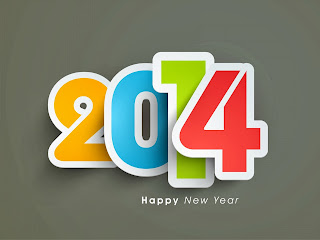 With the new year approaching I've decided to dust off the old crystal ball I used to use for pay-per-view predictions in an attempt to try and predict some of the major events in the world of professional wrestling in 2014.

The thing is I think it's been damaged in some way, especially considering some of the unlikely things it came up with. Oh well, here goes....

Hulk Hogan will sign a short-term contract with WWE. On his first appearance on television he'll say "Hulkamania has come home brotha!"

Triple H will surprise everyone during a meeting of the creative team when he says "you know, it shouldn't be all about me!"

Ric Flair will appear on an episode of Pawn Stars, trying to sell some of his ring robes and title belts so he can spend the money on leerjets and limousines. When Chumlee refuses to pay him the million dollars he wants Flair throws a temper tantrum, ripping his sports jacket off before elbow dropping it on the floor, and when security try to eject him from the shop Flair will fall to the ground and slice open his forehead with a razor blade.

William Regal will receive a knighthood in the Queen's birthday honours list. After receiving his award at Buckingham Palace Her Majesty will say to the now-Sir William "I really enjoyed it when Chris Jericho peed in your teapot!"

There will be no ECW reunion show.

Hulk Hogan will sign a short-term contract with TNA. On his first appearance on television he'll say "Hulkamania has come home brotha!"

British wrestlers will finally stop moaning about their positions on the annual UK Fan Forum Top 50 when they find out that only five people voted, and three of them were wrestlers using false names.

TNA will finally learn how to market it's own merchandise towards it's own fans.

For the first time in over a decade neither Scott Hall or Jake Roberts will make it onto anyone's "Dead Pool" list.

Wrestlers will stop mentioning the Montreal screw job in interviews. And Chris Benoit.

On an episode of Storage Wars Jarrod Schulz and Brandi Passante will buy a unit filled with various items of wrestling memorabilia, including dozens of sequined ring robes and several NWA World title belts. When the unit's owner, Ric Flair, turns up at their thrift store and demands that the items are returned to him Jarrod refuses his demands, and when security try to eject him from the shop Flair will fall to the ground and slice open his forehead with a razor blade.

Barry Horrowitz will be inducted into the WWE Hall of Fame, in a class which also includes Dwayne Gill, Todd Pettengill, Sean Mooney, and Zeus, the Human Wrecking Machine.

Following Phil Robertson's controversial comments on race and homosexuality Duck Dynasty will be cancelled and replaced with a reality show about the Wyatt Family.

WWE superstars will be invited to a special function at the White House. However, when Michelle Obama is seen talking to C.M. Punk Punk's girlfriend A.J. Lee will launch a volley of verbal abuse at the First Lady. The next time A.J. is seen she's will be wearing an orange jumpsuit and handcuffs while getting off a plane in Guantanamo Bay.

Jerry "The King" Lawler will shock the world by marrying someone his own age.

Hulk Hogan will sign a short-term contract with ROH. On his first appearance on television he'll say "Hulkamania has come home brotha!"

Jim Cornette will decide to get back into the promoting business by reviving Smokey Mountain Wrestling. His first act will be to hire Vince Russo as his head writer.

And finally.....
Whenever I tell someone I'm a wrestling fan, the person I'm talking to will never mention the names of Big Daddy or Giant Haystacks.