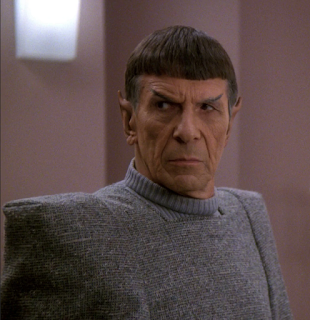 It had been a long day for Londo Mollari. Once again in the Babylon 5 council chamber he had reached a deadlock with G’Kar regarding Centauri-Narn relations. Walking through the station’s arboretum he was suddenly startled to see his ‘contact’, Morgan, standing before him.

“What are you doing here?” Mollari asked.

“You have a problem Ambassador, and I am here to solve it for you.”

“What are you talking about?”

“The Narn colonies in your territory. Your government is trying to get the Narns off those planets, are they not?”

“That is something I can help you with.”

“I helped you before, didn’t I? Just tell your government to send some ships to the colonies in forty-eight hours. Leave the rest to me.”

Morgan began to walk away.

“What else do I tell my government? I can’t just tell them to send some ships there!”

“Yes you can Ambassador. Good day to you.”

And with that Morgan was gone, leaving Mollari slightly confused, and hoping that his problem would be solved soon.

Slowly Connor McCloud walked down the long corridor to Servalan’s office. For some reason he had been summoned there by Commander Sleer on Servalan’s behalf. Now, as he stood in front of the door, he took in a deep breath. He had faced countless immortal warriors in his attempt to win The Prize, he had faced evil Nazi agents as a member of the original Anglo-Force, but now, for some reason, this all paled in comparison to what he was about to face.

He pressed the door buzzer, and a few seconds later he was told to enter. The first sight that greeted him was one of Servalan and Sleer, deep in conversation. Servalan looked up as McCloud entered.

“Leave us Commander.” she motioned. “I wish to speak to Commodore McCloud alone.”

Sleer bowed his head and left the room, giving McCloud a shifty look as he passed.

McCloud did as he was told.

“You are probably wondering why I asked you here.” Servalan started. “So I won’t beat around the bush. It has been brought to my attention that you have been putting your nose into some unwanted business, most notably regarding Admiral Quinn and Leo Rumpole.”

“I was wondering when you’d take an interest.”

“The only thing I am taking an interest in is your unwanted snooping, which has led you to ignore your duties as my chief of staff. Lord knows what President Watt thought of when he appointed you!”

“So what you’re saying is that you want me to stop my ‘snooping’ as you put it and attend to my other duties. I’d be happy to, if you assigned a Starfleet Security official to look into this case.”

“It is already taken care of.”

“Then I can return to my other duties.”

McCloud was about to get to his feet when Servalan stopped him.

“That won’t be necessary Commodore. As of this stardate I am relieving you of your duties as chief of staff.”

“I’m the president. It is within my powers! Now, if you don’t mind, I have other duties to attend to, duties I will not shirk! Good day to you Commodore.”

Servalan returned to her work, leaving a shocked McCloud to leave the office alone.

Two hours late Lois Kent stood outside the Presidential Palace, trying to keep herself warm as she awaited the announcement that several media officials had come for. They were not left waiting much longer. A young-looking official soon emerged from the building, a prepared statement in his hand.

“Ladies and gentlemen of the press, may I have your attention please. The office of the President would like to announce that of this stardate Commodore Connor McCloud has been relieved of his duties as Presidential Chief of Staff.”

“Sir, who has replaced him?”

“I’m just about to get to that Miss Kent. Also effective immediately former Starfleet captain Tarak Queeg is to receive the field commission of Commodore, and starting tomorrow will officially take up the duties of the Chief of Staff.”

A silent hush fell onto those gathered until Kent spoke.

“Is this the same Tarak Queeg who helped take control of Babylon 5 and who nearly killed President Watt?”

“Those charges were dropped Miss Kent, and President Servalan has the utmost faith in his abilities to perform the duties.”

The official then walked back into the palace, leaving many questions unanswered, and many reporters, and people, confused when the news was made public shortly afterwards.

The next day President Servalan sat in her office, deeply involved in her work. Then she was suddenly disturbed when her secretary entered.

“I have orders not to be disturbed!” Servalan boomed.

“But Madame President, you have a very important visitor!”

Servalan stopped in mid-sentence when the figure of Ambassador Spock stepped into the office. Immediately Servalan got to her feet.

“Greetings to you Ambassador!” Servalan smiled. “Why didn’t you tell me Ambassador Spock was here?”

The cold stare from Servalan told the secretary that she should leave. Spock then stepped forward.

“Please, have a seat Ambassador.”

Spock seated himself in the chair directly opposite Servalan.

Spock declined the offer. Servalan could tell that for a Vulcan Spock looked very serious.

“So tell me Ambassador, how goes your trip to Romulus?”

“It does not go well Madam President. The Romulan government were very disappointed when you cancelled the peace talks on Babylon 5. They were convinced that the Federation was going in a positive direction under President Watt. They now think that direction has changed, and I tend to agree with them.”

“What do you mean exactly Ambassador?”

“It seems to the Romulans, and myself, that everything James Watt held dear is being thrown out of the window for new ideas, your ideas. Peace talks have been cancelled, those close to President Watt now find themselves either in prison or without jobs, and now I hear rumours that some new form of weapon is being tested. Something is definitely wrong here.”

“If you don’t mind Ambassador, I am very busy…”

“You took control of the Federation Council by virtue of your being third in the preliminary election, after James Watt and Luis Santiago. Are you also aware that under those same regulations you must call an election within the next three months?”

Spock could tell that Servalan was getting more and more annoyed.

“I am aware of those regulations, and I can assure you Ambassador that an election will be called shortly.”

“That is all I wanted to hear. Good day to you Madame President.”

Getting to his feet, Spock approached the door. Before he left he turned and faced Servalan.

“Tell me, Madame President, will the election be called before or after you have eliminated all of those who pose a threat to you?”

Servalan did not reply, the rage building up in her. As soon as Spock had left she activated her communicator.

“Get me Sleer and Queeg at once! And have Starfleet One ready to launch in the next twenty-four hours!”

She then slammed her fist into the table, sending the computer pads flying.