The Rise of the Covidiot 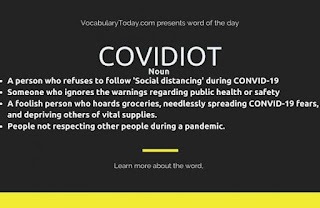 It’s been nearly ten months since the country went into it’s first coronavirus lockdown. The memories of what I experienced personally on March 23rd, 2020 are still clear in the mind.
A hell of a lot has happened since that day, but there’s something that has risen, something that has come to prominence since that day that is really starting to annoy me more and more, and that, ladies and gentlemen, is the covidiot.
Covidiots have become as prominent as the virus itself. You can’t go a day without seeing someone on your social media feed spouting some sort of nonsense about the pandemic, posting videos or images about how the whole thing is one big lie and how the lockdown is just another attempt by the governments of the world to control an increasingly agitated population.

You can normally spot them a long way off as you scroll down your social media news feed, mainly because they always seem to post in capital letters. They also act in an over-aggressive way as they try to brow-beat you into submission with their so-called facts and fake news. It’s like they’re hitting you over the head with a brick while trying to tell you that being hit over the head with a brick won’t hurt and is actually good for you.

Then there’s the videos and the images they post, a lot of which are quite laughable. Well, the ones that you can watch anyway, the ones that haven’t been flagged like this. 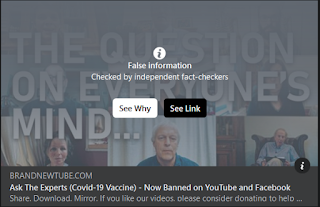 The vast majority of them contain so-called experts who, like the people who have posted them, come across in an overly-aggressive way while they try to tell you that things that are happening aren’t happening at all.

Then there’s this particular image. It’s normally been posted be a covidiot’s friend when they’ve been banned from social media. Then, whey they’ve served their ban and had their posting rights restored they complain about how bad the social media company that banned them is, before once again using that social media company to spread their views and ideas. 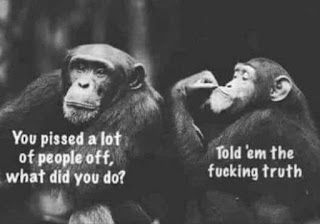 If, having seen all of this, you’re still not sure what a covidiot is then just look at the comments section of their posts and look at the way they handle intelligent debate and criticism. To put it simply they can’t handle it, and when they’re proven wrong they end up resorting to childish insults.

For example, here’s the kind of debate you’ll find on a covidiot’s news feed:

Person A:
YOU’RE ALL A BUNCH IF F***ING MUGS! COVID ISN’T AS BAD AS THE GOVERNMENT AND THE MEDIA IS MAKING OUT! LOCKDOWN IS A SCAM! YOU DON’T NEED TO COVER YOUR FACE! STOP DOING WHAT THEY’RE F***ING TELL YOU TO DO! WAKE UP PEOPLE!!!!

Person B:
I think you’re wrong and I disagree with you. Most of the points you’ve made here have been proven to be incorrect.

Person C:
I work for the NHS on the frontline during the entire pandemic, and I’ve seen first-hand what’s happening. I’ve cared for patients who have gone down with the virus, some of whom have died, and I’ve seen the effect it has on them and their families. What you’re saying here is extremely upsetting and disrespectful.

And so on and so forth.

What you’ve just read was actually inspired by something I saw on someone’s Facebook news feed earlier today. I won’t tell you who they are, all I will say is that we have quite a few Facebook friends in common, some of whom have been personally affected by coronavirus in one way or another.

The simple fact is that there really isn’t any point in arguing with someone like this, even though it’s tempting to do so. You’ll never be right in their view, even if you’ve experienced first hand what coronavirus can do.

The best thing to do is to just ignore them. That’s the best way to handle these bullies, because at the end of the day that’s all they are really, and bullies hate it if they’re deprived of attention.