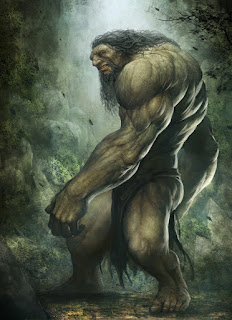 Watt had been physically shocked by what Samantha had told him. So shocked, in fact, that he had not followed her. How long had she been one of Darkmagus’ sleeper agents? He knew he had to act.
For over an hour he had been flying over London, checking out hotel and guest house after hotel and guest house, trying to find out where she was staying. The last hotel he tried was the Hilton. Those walking past the hotel were taken aback by the sudden gust of wind which blew past them. Those inside were shocked when Watt seemingly appeared out of nowhere at the reception desk. The smartly-dressed man behind the desk was very shocked indeed.
“I wonder if you can help me.” said Watt. “I’m looking for a woman by the name of Samantha Hetrick? Is she staying here?”
The still-shocked young man checked the register, looking for the name of Hetrick. A few minutes passed.
“She was here sir.” said the man, only now being able to speak. “She checked out an hour ago, said she was going back to her hometown.”
“Back to Cromer?” said Watt. “Thank you very much.”
Watt reached into his pocket and tossed a pound coin as a tip onto the counter.
“Why thank you sir.”
The man picked up the coin and looked up. He was again shocked to see that Watt had seemingly vanished into thin air.

Flying at top speed Watt was on the outskirts of London within a matter of minutes. As he flew along his thoughts were about his old friend. He was so deep in thought that he did not notice a large rock flying towards him. When he did it was too late. The rock hit him and he plummeted towards the ground. Dust flew everywhere  as there was a resounding thud. Watt was stunned for a few seconds. When he looked up a few seconds later he could see two tall men looking over him.
“He’s starting to come around.” said one.
“We had better hurry. He is very powerful.”
Reaching down, one of the men pulled Watt to his feet. It was then that Watt saw how huge these two were. They must have been at least ten feet tall. He had never seen anyone apart from Supremus this large before. Watt was about to thank the giant when the one who had helped him placed his huge hand around his neck and tossed him into the air as if he were nothing. A few seconds later he again hit the ground with a resounding thud.
“I thought you said he was powerful Grunt.”
“Perhaps the master was wrong Rankle.”
Slowly Watt got to his feet.
“How much longer should we make this last?”
“Not much longer. I’m getting very hungry. I could do with a snack.”
“Alright, you can finish him off then.”
The giant called Rankle then started to move towards Watt. Watt was still dazed from his attack. The huge giant lunged forward, towards Watt, trying to grab hold of him. But this time the giants were not successful. Watt used his speed power to evade the crude lunge of the giant. The giant did not know what was happening.
“I thought you said this would be easy.”
“I thought it would.” Grunt replied.
Grunt stopped speaking when he felt a tap on his shoulder. He looked around to see Watt hovering in the air behind him. Before he could do anything he unleashed a haymaker on the giant. This stunned the giant greatly, but it also did something to Watt that had not happened to him before. He hurt his hand. The giant was sent flying.
“Grunt!” Rankle shouted.
Rankle looked over at Watt to see him holding his right hand. After seeing to his friend the giant approached Watt, who was still hovering in mid-air. Rankle then reared back his right hand and was about to hit Watt when he found his blow stopped. Watt had managed to grab hold of Rankle’s hand. Then, with all of his might, he managed to swing Rankle around, gradually building up speed until he let go of him a few minutes later. When he did let go of him he sent him flying into Grunt, who was just beginning to get to his feet. The force of his comrade flying into him at high speed knocked the giant off his feet again. They were now very stunned. Watt saw that they were both down and flew over to where they lay.
“Darkmagus is not going to stop me from going home.”