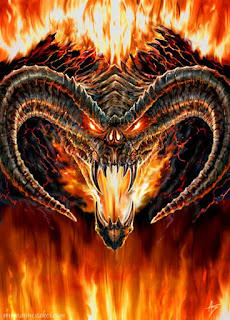 Paul Solo pulled up in his car when he arrived at Dentonville Prison. Solo had mixed memories about this place. It was while he was here he gained his telepathic powers. It was also here he had sent many criminals. However, he had a job to do. He had received a call from the Governor about Mother Nature and how she seemed to be getting very restless. Against his better judgement he decided to drive down.
After he got out of the car he put on his coat and looked around. The prison covered a vast area, and security was at it’s highest since Mother Nature arrived, after all, she was one of the most wanted criminals in Europe. Solo was soon approaching the main entrance gates. As he walked along he was scanned several times by the computers, making sure he wasn’t carrying any devices. Then, when he was near the gates, another car pulled up. Solo recognised the car. It belonged to Inspector Lewis, the man who had pushed him out of a window the previous day. It was lucky for Solo that he could use his powers to create a soft landing for himself.

“I would advise against going into the prison, Paul.” said Lewis.
When Lewis was near Solo he pulled a pistol out of his jacket.
“A fall may not have killed you but I bet a bullet can. Now, come with me.”
Solo turned away from the prison and he started to walk towards Lewis. But when he was near him he kicked the gun out of his hand and caught Lewis with a blow to his jaw. The blow knocked him off his feet.
“I’d like to put you under arrest, but I can’t as I’m not a copper any longer.”
Lewis began to wipe the blood away from his cut lip. He laughed.
“I had a feeling something like this would happen, so I brought along a friend.”
The trees nearby began to rustle, and there was a growling noise. A few seconds later a huge creature burst out into the open. The sight of this monster shocked Solo.
“If you told me a few years ago that such a creature existed I would have thought you insane.” said Lewis. “Paul my old friend, may I introduce you to Balrog, a creature from the Time of Legends.”
Solo had never faced a creature like this before. Suddenly Anthog ran forward and began to lunge at Solo. He only just managed to dodge out of the way. Anthog turned around and saw Solo now in a crouching position. Anthog stared at Solo, as if he were preparing for his next attack. This time Anthog ran towards Solo and grabbed hold of him. It felt as if Solo was in some sort of vice because Anthog was so powerful. Solo then closed his eyes and used his mind powers to fire a telekinetic blast at the Balrog. The pain caused by this blast forced Anthog to release his grip, dropping Solo to the ground. Solo winced in pain as he looked up and saw Anthog doing the same.
Meanwhile, Inspector Lewis had entered the grounds of the prison, and was soon making his way to the entrance. A group of armed guards greeted him.
“You’d better do something.” said Lewis. “That monster’s attacking him!”
The guards looked as Solo and Anthog continued to fight. They then ran towards the gate, rifles raised in the air. As they did a sinister smile appeared on Lewis’ face. He then turned around and entered the prison. Lewis soon made his way into the warden’s office.
“Inspector Lewis, what are you doing here?”
“I’m here on important business. I’ve come to collect Mother Nature.”
“I wasn’t notified of any transfer. This is most irregular. I’ll have to ring the Home Office to confirm this.”
The warden leaned forward and picked up the phone. He was about to dial when Lewis pulled out his gun and aimed it at him.
“This is your authorisation, Warden. Now take me to her cell.”
Realising he had to do what he was told the warden led Lewis out of his office and towards the maximum security wing.
Meanwhile, the battle outside continued. The guards had not fired upon Anthog because he was too near Solo.
“What do we do?” asked one.
“Just fire!” shouted Solo. “I can protect myself!”
“But we might hit you!”
“Just do it!”
Then, as Anthog once again picked up Solo in a bear hug-type move the guards opened fire. Bullet after bullet rained down upon the two of them, with Solo using his powers to create a telepathic shield, surrounding himself with it. The bullets however rained into Anthog, and the pain forced him to release Solo. Seconds later and Anthog fell to the ground, not dead, but seriously injured. The guards then came out of the gate. One of them went over to Solo.
“Are you okay?” he asked. “We got your call from the mansion saying you were coming down here.”
“I’m fine. Probably just a few bruised ribs.”
Solo slowly got to his feet. He began to look around.
“Where’s Lewis?”
“Inspector Lewis went into the prison. He was the one who alerted us about your fight with this…creature.”
Suddenly the prison alarm went off. Leaving Anthog lying on the ground Solo and the guards rushed into the grounds of the prison. A few seconds later Lewis appeared in the doorway, the limp form of Mother Nature draped over his shoulder.
“There is no way you’re going to stop me!”
Lewis reached into his pocket and took out a small spherical object. He then threw it to the ground, and the area filled with smoke. Solo and the guards began coughing. A few minutes later the smoke cleared, and Lewis, Anthog and Mother Nature were all gone.