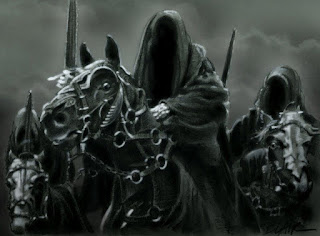 Night began to close in as the clear-up at the mansion began, with the housekeeper, Yetta, moving around the hallway with her vacuum cleaner. She was not happy.
“Will you look at my carpet?” she said. “All of this mud from all of those feet! It will take me ages to get this clean.”
“I’m sure you’ll do a fine job as always, Yetta.” said Watt. “Now, please excuse me.”
A short time later Watt walked into the nursery where he found Katrina cradling young Peter.
“Shh!” Katrina gestured.
A few seconds later she put Peter into his cot. Turning off the light she then left the room, closing the door behind her.
“Hopefully he’ll be out for hours.” she said. “I think he enjoyed meeting his great cousin Igor today.”
“I did also.” said Watt. “He’s a very nice man.”
Then Watt’s communicator sounded. He reached into his pocket and pressed the button.
“Watt here.”
“It’s Arthur, Jim. You’d better come down to the monitor room.”