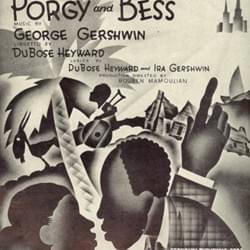 If you haven’t heard at least one version of the song “Summertime” then you’ve probably been living on another planet for the past eighty years. Written by George Gershwin in 1934, “Summertime” is the opening aria from his opera “Porgy & Bess”.

It’s one of the most recognisable songs in history, and it’s been recorded over 60,000 times, by jazz musicians, soul icons, prog rock legends, psychedelic masters, and even a Beatle! One version even “inspired” an iconic heavy metal song!

Here’s a small sample of those who have recorded the song over the years. There’s only eighteen of them because it would probably take decades to listen to each and every version! For obvious reasons I’ve only listed the artists here.

Don't forget you can listen to the previous mix tapes and my podcast over at https://www.mixcloud.com/julian-radbourne/
Posted by Julian Radbourne at 00:22:00