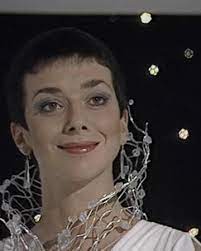 Kate Pulaski looked out of the observation port in the Ops Room of Pegasus as two ships, the U.S.S. Flying Scotsman and the much larger Liberator approached the station. She hoped that all aboard the Scotsman were safe and well. A short time later Plato joined her.
“I have jus received a transmission from Captain Pendragon. Everyone is safe. It appears the Federation thinks both ships were destroyed.”
Pulaski’s gaze was fixed on the alien Liberator vessel.
“Will you look at the size of that thing!” she said. “The only thing that comes near to that size is a Galaxy-class ship.”
“I have been told that an Imperial Star Destroyer is much larger than a Galaxy-class vessel.” Plato noted.
Later Pulaski and Plato arrived at the airlock where Pendragon and Magus disembarked. Seconds later Blake, Avon and Jenna teleported over from the Liberator.
“Please excuse our method of transportation.” Blake said. “There was no way the Liberator could have docked with your station.”
After the introductions Magus laid out his plans.
“I would like to call a meeting of all the senior staff here, including the ambassadors.”
“What about the Council?” Pendragon asked.
“Although this concerns them there is nothing they can do in this situation. Their interests can be represented by Bilbo.”
And so it was. The crews of the Pegasus, the Liberator and the Flying Scotsman met in the main observation lounge of the station.
“Gentlemen, here is my plan.” Magus started. “At the moment we number only a few. Only those of us here know the true extent of Servalan’s treachery, although others are probably finding out as I speak. Even with their addition our force would be too small to put up some sort of battle against the combined might of all of Starfleet’s vessels. Which is why I think we should try to rescue not only Thomas Leacock from Cygnus Alpha but also the crew of the Valkyrie, as well as their ship.”
“Are you mad?” Avon snapped. “Everyone here in this room is now considered a criminal by the Federation. If we try to enter Federation territory we would be blown to smithereens!”
“For once I agree with Avon.” said Blake. “To just go blazing to Earth to rescue Captain Watt would be foolish.”
“Your friendship with the Watt family through the ages is blinding your judgement.” said Pulaski. “We cannot fight the Federation, and who would listen to us?”
“With a good enough plan we could rescue Captain Watt and his crew, as well as recover the Valkyrie.” said Plato. “But what would we do after that? As Doctor Pulaski pointed out we are just a few voices, not loud enough to be heard by the mighty Federation.”
A gleam appeared in Magus’ eye, a gleam that had not been there for some time.
“We may be just a few voices, but what if we became a few more voices, and became loud enough for the Federation to take notice?”
“What are you suggesting?” asked Blake.
“Servalan is corrupting the Federation from within, is she not?” Magus asked. “What if others were to find out about her treachery? Then others might join us, and we would become loud enough, and strong enough, to resist her!”
“But we can’t just turn this information over to anyone!” said Blake. “How would we know who in the Federation as allied themselves to Servalan, and who hasn’t?”
“Captain Pendragon, I believe the Pegasus computer still has a link with the Starfleet mainframe.”
“Yes it does, but what good would that do?”
“As Commander Blake said we have to find out who has allied themselves to the new President, and who could join us. I want every possible Starfleet personnel file you can get, from the newest young ensign to the most experienced admiral. I want everyone!”
“That would take a great amount of time.” said Plato. “And even while we are gathering these files Starfleet Security would soon find out and block any transmission.”
“That is where Mister Avon here would come in.” said Magus. “If I remember correctly while you tried to pull off your computer banking fraud you covered your tracks perfectly, and you were only caught when one of your associates turned you over to the authorities.”
“You are correct.” said Avon.
“Then while Lieutenant Plato is getting all the files he can you, Mister Avon, will be covering his tracks.”
“The only way we could do that would be by gaining access to several relay stations.” said Avon. “We could bounce the signals off those stations before it ends up here.”
“Then I would suggest you and Plato start work as soon as possible.” said Blake.
“Agreed.” said Magus. “While the rest of us must start formulating our other plan. The rescue of Thomas Leacock, James Watt, and the recovery of the Valkyrie!”

Quark continued his work on the restraining device around Eris’ neck. The native of Kereal Prime was not happy with the way the Ferengi was handling the job.
“Do you have to be so….rough?” she asked.
“If you want to get out of this thing be still!” Quark complained.
Sisko looked back nervously from his watch position. He wished that they would stop complaining about each other. Then he saw Quark’s beaming smile. His lock picking skills had proved most useful in removing the restraining device. Then, taking the device closer to his eyes he began to examine it, and immediately saw an opportunity for profit in the device.
Eris began rubbing her neck, thankful that she was finally free from the collar. Then, getting to her feet, she concentrated hard and unleashed her full telepathic power upon the surrounding force field. There was an almighty noise as the force field was shattered.
“Quickly!” Sisko urged. “Let’s get out of here!”
They began to make their escape, but the noise from the blast brought the attention of the Jem’Hadar guards. Feeling all of the frustration and rage building up inside of him Sisko charged into the warrior, knocking him to the ground with an assault any linebacker would have been proud of. Then Quark picked up the warrior’s blaster as Sisko knocked the warrior senseless.
Another warrior soon entered, his blaster aimed at Sisko, and he was about to fire when Quark rocked him with a blast of his own, killing him instantly. Sisko looked over his shoulder and smiled.
“Thanks!”
Quark shrugged his shoulders.
“Don’t mention it!”
Sisko soon got to his feet, and the three of them soon made their way out of the cave.

The U.S.S. London arrived at MacKinley Station, the U.S.S. Valkyrie not far behind. On board the London Captain Leylan went to Watt’s cell.
“We’ve arrived back at Earth.” Leylan said.
“I know.” Watt replied. “In all my years of space travel only one place ever feels like home, and this is it. I only wish I could have come here under my own free well.”
Watt stood as the London docked with the station. As the crew of the Valkyrie disembarked none of them noticed Servalan watching from a nearby vantage point. She looked on with a smile on her face. Things seemed to be going very well for her. Then, after seeing Watt, the last of the prisoners, leave the London she activated her communicator. Soon Commander Sleer’s voice could be heard.
“Commander, contact the shipyards at Qualor Three. Then make arrangements for the Valkyrie to be taken there. Give orders for that ship to be decommissioned as soon as possible.”
Servalan then left her vantage point and made her way back to her shuttle. She was soon headed back towards Paris where she would continue her work.