Two Sheds Wrestling: The April Fool's Joke That Never Was 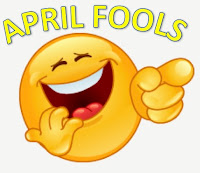 Today is April 1st, and by now you’ve probably seen dozens and dozens of April Fools jokes, some of which may have genuinely fooled you, others which you probably saw through as soon as you saw them.

But as today’s is the prankster’s equivalent of Christmas I thought I would share with you an idea I had, and given the nature of the joke and the business I used to work in there would have probably been quite a few people who actually believed me.

For years I toyed with the idea on making a “massive announcement” on my blog, on social media, and on that doyen of professional wrestling knowledge the UK Fan Forum, the announcement being that I was going to start my own wrestling promotion, Two Sheds Wrestling, or 2SW for short.

The announcement would have included several bombshells, such as holding shows throughout the Norfolk area, as well as signing a lucrative contract with a very well-known venue in Norwich for a series of monthly shows.

If you delve deeper you’ll see that my opening my own professional wrestling promotion would haven’t been that far fetched at all, because during my many years as a wrestling blogger I actually built up quite an extensive list of contacts from all over the world, not just with fellow writers and bloggers but with other promotions, booking agents, production companies, venues, and with the wrestlers themselves.

So what would have happened if I’d gone forward and made this little announcement? Firstly it would have drawn the ire of a certain Norwich-based wrestling promoter who considers the entire county of Norfolk as his property, as his “territory”. I’ve seen it for myself how angry he and his associates have become when others hold shows on his “doorstep”. There would have probably been several angry e-mails and text messages fired off in my direction, and possibly even some threats of violence.

Secondly old “friendships” would have been rekindled, and some new ones made, with wrestlers getting in touch with me looking for work, because if I learned one thing from my entrance and subsequent exit from the professional wrestling world is that the talent will keep in touch with you while you can offer them exposure, but when that stops so will the e-mails and telephone calls.

Was my “harmless” little joke actually a joke? I have to admit that there was a time when I would have considered starting my own wrestling business. Over the years I’ve seen others start from nothing, building up their empires to the point where they’ve established business partnerships with some of the biggest wrestling companies in the world.

But at the end of the day it was nothing more than a pipe-dream, a played-out scenario on Extreme Warfare Revenge. I’ve seen both sides of the British wrestling industry, and to be honest with you I don’t think I could have put up with all the back-stabbing that goes with running my own company.

As for the joke, I considered making my “announcement” just to annoy a few in the business and a few smart marks on the UKFF. It would have been nice to see their reactions. But at the end of the day I’m happy with my life right now, and although I’m sure that some of what I’ve said here will make it’s way back to certain people I’m glad I didn’t take that plunge, even though it would have been nice to see those reactions!