The Journeys of Magus - Chapter One 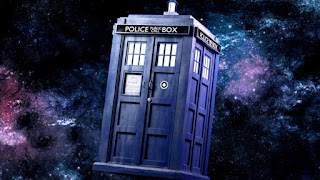 The Lord High President of Gallifrey sat in his office, very involved of the day-to-day running of his planet and his people. It was while he was deep in thought that the Chancellor entered.
“Lord President, young Drathro would like to speak with you.”
The President looked up from his work.
“Ah, Drathro. Please, show him in.”
A few seconds later the door opened and a young man dressed in traditional Gallifreyan garb walked in. The President got to his feet and shook the young man warmly by his hand.
“Drathro.” the President smiled. “It’s good to see you again. Please, sit down.”
The two were seated opposite each other. Drathro began to look slightly uneasy.
“I have a request to make of you Lord President.” he said. “During my time at the Academy I have read many of the Doctor’s accounts and journals. It is while doing this that I have grown to admire him greatly, and it’s because of this I have come here. I would like to travel the universe as he has done.”
The President leaned back in his chair and sighed.
“For many years the Doctor was considered a renegade, until he was made President.”
“But I don’t wish to interfere in other cultures. I only wish to learn from them, to experience them for myself. I can hardly do that from Gallifrey.”
The President thought for a few moments.
“It may be best if we discuss this with the High Council. I will put your proposition to them at the meeting this afternoon.”
“May I attend this meeting?”
“I see no reason why not. You would be most welcome.”
They then got to their feet and once again shook hands. Drathro then left the President alone. Once alone he pressed a button on his communications panel.
“Please ask the Chancellor to come and see me.”
The Chancellor was soon seated opposite the President.
“Tell me, has there been any word from the Doctor lately?” asked the President.
“He was last heard of in the Gamma Quadrant. But that was some time ago. Would you like me to activate the recall circuits in his Tardis?”
“No. Contact him. Ask him to return to Gallifrey. Tell him I would like him to attend this afternoon’s meeting.”

The time of the meeting soon arrived and the Cardinals began to take their places in the chamber. A slightly annoyed President paced up and down his office. The Chancellor then entered.
“The meeting is due to start in a few minutes.”
“I know. I know. Tell me, has the Doctor arrived yet?”
“Not yet. The message was received by his computers. We could try to contact him again.”
Suddenly they heard a noise, the noise of a Tardis materializing. The President and the Chancellor walked out in the corridor to see a familiar police box appear before them. Once fully visible the door soon opened, a tall man wearing a long coat and with black hair stepped out. This was the Doctor.
“Am I late for the meeting?” he asked.
“The meeting is just about to start.” said the President. “But I wish you wouldn’t keep parking your Tardis in our corridors. There is a proper place for them.”
“Sorry about that. I’m having a spot of trouble with the on-board guidance systems. Perhaps someone could have a look at it for me while I’m here.”
“Yes, yes, later!” said the President. “Now the meeting is about to start. We must go to the chamber.
The meeting was soon in process. After the usual things were discussed the President turned to young Drathro.
“Fellow council members, as you know I have recently been in talks with President James Watt, president of the United Federation of Planets. I held these talks in the hope that in a few years we could exchange ambassadors.”
“Are you suggesting that Gallifrey joins the U.F.P.?” asked the Doctor.
“I am merely suggesting that we establish full diplomatic relationships.” said the President. “I believe it would benefit all parties involved.”
“But who do you have in mind for the role of Ambassador?” asked the Chancellor.
The President motioned to Drathro, who stepped forward.
“You all know young Drathro here. I personally sponsored him in the Academy, and it is my hope that one day he will become our Ambassador to the Federation. But at the moment he is young, and he has to learn the ways of the universe. He needs experience. That is why I have called you here Doctor. I would like you to take Drathro with you on your travels.”
The Doctor seemed dumbfounded for a few seconds.
“Lord President, I don’t think that is a good idea. I have much on my plate at the moment.”
“As a former President yourself I think you would be the ideal teacher for Drathro. He has, after all, expressed a great admiration for you in the past.”
“Please do not take offence at this Drathro, but I have no time for babysitting. You will have to find someone else.”
“Then, Doctor, who do you suggest?”
The Doctor thought for a few moments and then snapped his fingers.
“I think I know the man you are looking for!” he said. “What about Phineas Magus?”

The planet Earth. The city of San Francisco was only just beginning to return to normal after the incident with the strange alien blob. The clear-up operation at Starfleet Command was finally complete and normal operations were soon resumed, which made Admiral Calevicchi very happy. As he sat in his office reading over the various reports that had come in from various ships through Federation space a young ensign walked in. She seemed very nervous.
“What is it Ensign?” the Admiral asked.
“We are getting a transmission from the Lord High President of Gallifrey.”
“From Gallifrey? They haven’t contacted us in person since the talks. What did they want?”
“The President wishes to speak to you about Ambassador Magus.”
“Alright, put it through.”
The image of the President soon appeared on the Admiral’s terminal screen.
“Lord President, I hope you are well and in good health. What can I do for you?”
“I was hoping to speak to Ambassador Magus. I was informed that he was on Earth at the moment.”
“I’m afraid he isn’t. He’s currently on board the Valkyrie on his way to the Time of Legends.”
“Ah, a shame. Perhaps I had better speak with President Watt. This matter concerns him as well.”

The U.S.S. Valkyrie, currently en-route to Space Station Pegasus, in orbit around the Time of Legends. On the recreation deck something odd was taking place. The new first officer, Commander Sutek, was about to engage in a game of Strategema with Magus’ companion, the border collie Teddy. The game had been specially adjusted so Teddy could play, and Magus was carefully wired Teddy up for the game.
“I have never played with any form of quadruped before.” said Sutek.
“Don’t take me too lightly.” said Teddy. “I once held a Zakdorn Grand Master to a stalemate.”
Magus then started the game. Every move the Vulcan made was matched by Teddy. The game, after several long minutes, seemed to reach a stalemate. Then Magus’ communicator sounded.
“Watt to Ambassador Magus. Please report to my ready room.”
Magus looked nervously at Teddy and then leaned down towards him.
“When you’ve finished playing with him don’t hold back! Wipe the floor with him!”
Teddy smiled and Magus went to leave. As he left he heard a gasp from all those watching as Teddy defeated Sutek in another twenty moves.
Magus soon entered the ready room, and when he entered he saw the image of President James Watt, the U.F.P. President, on Watt’s terminal screen.
“Phineas you old devil! How are you?”
“Very pleased at the moment. Teddy has just defeated Sutek at Strategema.”
“I bet he played with him for a while though.” said the President. “I’m afraid I’m going to have to cancel your holiday Phineas. I received a call from the Lord High President of Gallifrey not long ago. He wishes to speak with you in person.”
“The President of Gallifrey? Does this have anything to do with your recent meeting with him?”
“Everything and more. This alliance is very important to both the Federation and Gallifrey. After years of non-contact your visit to Gallifrey could be very important.”
“I’ll do anything I can.”
A few minutes later Watt and Magus stepped onto the bridge.
“Miss O’Rourke, please set a course for Gallifrey, ahead warp five.”