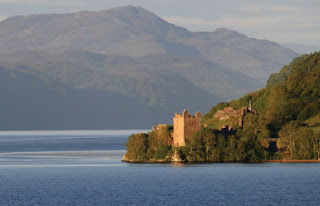 Deep inside the citadel of Darkmagus Mighty Man stood, and not far in front of him was X. The two just stared at each other until the American finally broke the deadly silence.
“Come with me and you’ll be okay.” he said.
“Why would I want to go with you?” asked X. “I’m happy here.”
“This is some trick. Darkmagus has got to your mind, messing about with it.”
“I have never felt better. Darkmagus has just made me see the light. It’s wrong for the Istari to fiddle about in the lives of normal men and women.”
“And it’s right for him to enslave the world? Look, come with me and nothing will happen to you.”
Mighty Man took hold of X by the wrist and tried to pull him along, but X stopped this by unleashing a blow to his jaw. Even someone of Mighty Man’s power felt that. X soon followed up with another blow to his head followed by a kick to the stomach.
“I don’t want to fight you!” said Mighty Man. “But I will if I have to!”
“Then fight we will!”

Slowly Magus and Khan moved through the corridors.
“My powers tell me that this place has been here for over fifty years.” said Khan. “How come we didn’t discover it until now?”
“Because we didn’t look for it.” Magus replied. “Mainly because there was no need to.”
Suddenly Magus stopped.
“Look, there’s a door head. I have a feeling we will find some answers in here.”
A few seconds later the two of them entered the room. As they did Magus raised his hand and used a spell to disable the security camera. He then switched on the light. The sight that greeted them surprised them somewhat. The room seemed to be filled with hibernation capsules of some sort. Khan peered into one of them. There appeared to be someone inside.
“There are people in here!” he said.
“I don’t think so.” said Magus. “If they were I would have picked up life signs. It seems that all of these are androids.”
“Then we may be able to gain an important victory in our war here.” said Khan. “We could destroy these androids!”

On the eastern shore of the loch Paul Solo stood, binoculars held up to his eyes, looking across the water. After a few minutes he lowered the binoculars. Strange, he thought. He could now see a clearing where it looked as if some sort of battle had just taken place. Then he got this strange feeling, his powers began to start up, as if they were telling him that something was going on on the opposite shore. After a short while he jumped back into the boat and was soon heading back towards the other shore.

The battle between Mighty Man and X continued. It seemed that X had been given some extra power by Darkmagus because there was no way he could have matched blows with the powerful American.
“Please, stop this!” said Mighty Man. “I don’t want to fight you!”
“You should have thought about that before you came down here looking for me!”
X began to rear back, and a second later he unleashed a heavy blow upon Mighty Man, sending him flying into the air through the ceiling. The American was sent crashing through several floors. Then, X moved towards the newly-created hole. He looked up and could see no sign of his opponent. It seemed that this battle was over.

It hadn’t taken Solo long to find the entrance, and it was a short time after that when he was moving down the corridor. Down the corridor he saw an open doorway, from which he could hear voices. Solo reached into his holster and pulled out his blaster. Holding it out in front of him he soon stood to one side of the door. He then jumped forward and aimed at whoever was in the room. He was surprised to see that it was Magus and Khan. Magus placed his hand on his chest.
“My dear fellow, you gave me quite the fright! What are you doing here?”
“I could ask you the same thing Doctor. I’m just following up on a lead that brought me here. And you?”
“The same as you. I had better explain what is happening.”
Magus began to explain to Solo what they had found. Solo couldn’t believe what he saw. He couldn’t begin to count the number of androids that were being kept here.
“We are having one slight problem.” said Magus. “We cannot access the computer.”
“I have some knowledge in that field.” said Solo. “Perhaps I can help.”
Solo soon seated himself at the terminal and he began to operate the keyboard. A smile appeared on his face.
“Gentlemen, we have access.”
Solo brought up a menu list on the screen.
“The memory on this thing is huge!” he said. “But I think I may have found something. If we destroy this computer it may break the hold over the sleeper agents Darkmagus has all over the world.”
Upon hearing the words “sleeper agents” Magus winced slightly.
“What is wrong?” asked Khan.
“I have a feeling that a great tragedy has just occurred. It needs my attention. Can you handle this?”
“I might be able to set the power systems to overload. They’ll destroy everything, the androids, the whole thing.”
“Then do it.”
Magus left the room. A few seconds later he left the base. Solo began to enter the computer’s software. After a few seconds a buzzer rang out and a message appeared on the screen.
“What is wrong?” asked Khan. “What is happening?”
“Can you teleport?” asked Solo.
“I have the power to do so.”
“Then you’d better get us the hell out of here. I’ve just tripped the self-destruct program. We’ve got thirty seconds!”
Khan grabbed hold of Solo’s arm, and using his magical powers he teleported them away.

Mighty Man was just beginning to come around. The first thing he noticed was the large hole in the floor next to him. The next was his aching head. Then he heard a voice over the intercom system.
“This base will self-destruct in fifteen seconds.”
He had no idea what had been going on. Summoning up the last ounce of strength he dragged himself to his feet and took to the air. He began to smash though ceiling after ceiling. The seconds seemed to take ages to pass. Five seconds were left, and he was still inside the base. Three seconds left and he smashed through another ceiling. Then he saw what he was looking for - daylight. Flying as fast as he could he flew as high into the sky as he could. Two seconds later there was a mighty explosion. The sound could be heard for miles around, and the smoke filled the sky for as far as they eye could see. From a point in the sky nearby Khan used his powers to dampen the flames of the fire, and he then conjured up a wind to blow the smoke away. He then took Solo and they landed on the eastern shore of the loch.
“I hope this is a big blow to Darkmagus’ plans.” said Solo.
Khan then pointed to a spot in the sky.
“Look!” he said. “Is is the American, Mighty Man.”
Mighty Man had also seen them. He soon landed near them.
“What are you doing here?” asked Solo.
“I was following orders.” he said, holding his head. “I was sent to bring X back.”
“If X was inside the citadel then he would have perished in the explosion.”
“I don’t think so.” said Solo. “Just after I activated the destruct program another one kicked in. It seemed to be some sort of transporter device. As far as I can tell everyone inside who worked for Darkmagus was teleported away.”
“Yeah, but where?” asked Mighty Man.
“I have no idea.” said Solo.