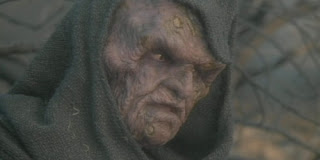 It had indeed been a trying day for Jock Muir. In the past twenty-four hours he had been almost killed and brought back to life, and had his ageing process reversed thirty years. He now felt as fit as a fiddle. Not bad for someone who had had a broadsword plunged into his stomach a few hours earlier.
Muir then decided that the best place for him would be the London headquarters of his company, Muir Industries. On his way to the facility he met his son, Simon Muir. The elder Muir was surprised when his son was not shocked by his appearance.