A Conversation About Joe Biden 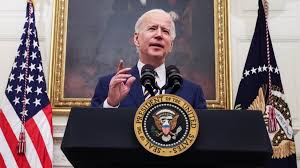 Social media is one of the greatest tools of the modern world. It allows you to keep in touch with friends and family around the world, especially at the moment given that most of us are in lockdown in one form or another.
It also gives us a chance to be a bit nosey as we get to see other people’s conversations without actually taking part in them. Such was the case the other day when I saw a conversation started by a former acquaintance about the new President of the United States, Joe Biden.

What you are about to read is a representation of that conversation. There’s a bit of dramatic license on my part, but for all intents and purposes the general gist of the conversation is here. I’ve also cut down on the number of contributors, limiting it to just four, otherwise I would have been typing the same thing over and over.
Also, the spelling here is a hell of a lot better than it was in the original conversation.

Person B: Yeah, know what you mean mate. F***ing paedo!

Person D: Guys, I think you’ve got it wrong here. That story was put about by Donald Trump’s son on social media in the run-up to the election. All of the photos and the videos that were doing the rounds were taken out of context and made to look like Biden was a paedophile. It’s since been proven that the entire story was incorrect.
Person A: Yeah, but he’s still a f***ing paedo though!

How does that old saying go? Never let the facts get in the way of a good story?