Football Manager 2005: The Badgers Made It to League One. Then Disaster Struck! 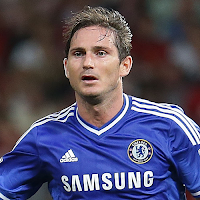 Some of you may remember when the coronavirus lockdown began I started playing old versions of Championship Manager, taking control of Norwich City (to mixed results) in various games before moving on to Football Manager 2005 and cheating a little, changing the game so I could manage to Soccer AM Badgers, giving them an unlimited budget and putting them in the Conference South division.

Well, my superstar big budget line-up made it from that division through to League One in consecutive seasons, winning each division by massive margins and winning a few lower division knockout trophies on the way.

The League One season was going really well. I'd managed to tempt Frank Lampard to join my team, forming a formidable midfield partnership with his cousin Jamie Redknapp. We were over twenty points ahead at the top of the division, and had made it to the quarter finals of the FA Cup for the very first time.

Then the computer crashed. An update for the old Windows 7 operating system went wrong, meaning that the only way I could continue to use the laptop was to install Windows 10 on it, which also meant that I lost the game data completely.

So sadly the Soccer AM Badgers never made it to the Premier League, and we never went on to conquer Europe.