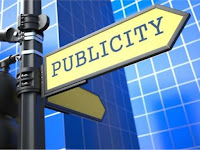 I’m going to take you back to the year 2004. Back then you could say that The Two Sheds Review was in it’s prime. My regular ramblings on the professional wrestling world were seen on over twenty websites and read by approximately half a million people per month. (I did the research and added up the figures.)

My own world-wide exposure meant that the wrestling company that I worked for at that time also received a great deal of publicity. This was before social media became a fashionable thing, when one actually had to go out and do the proverbial leg work as it were, seeking out websites and finding the e-mail addresses of influential people who could not only get my WWE reviews out there, but the news and reviews I was shilling for the “Dynasty” as well.

But there was one thing that I did find a bit annoying at the time. You see, despite the fact that my pieces were being read all around the world it seemed that hardly anyone in my local area knew what I did. To many I was still the “guy from the garden centre”, even though ill health had forced me to leave that job two years before.

So it was with that in mind that I approached the powers that be with an idea during a visit to their headquarters. While the matriarch of the dynasty made everyone a cup of tea I put forward the idea that perhaps they could use their local newspaper contacts to get me and my blog a bit of publicity. She smiled that smile at me and said “Sorry mate. It’s your job to get us publicity, not the other way around.”

I was kind of taken aback by this attitude. While I was grateful for everything the dynasty had done for me during a difficult time I was annoyed that all the work I was putting in to help promote their company on a world-wide scale was going unrewarded.

A lot went on between my little plea for help and my eventual departure from the company towards the end of 2005, and it wasn’t long before I found that there were countless others who were seemingly unwilling to help.

It seemed that, despite the fact that as the years went on and The Two Sheds Review kept going and going that there were a great deal of people who were simply unwilling to give someone a helping hand. There were those I’d met during my time on the British wrestling scene who just didn’t want to know.

Take the radio and television producer for instance, the guy who came to me asking for help with his promo during one of the few times he worked for the dynasty. He claimed not to know me when I asked him about the possibility of getting a plug or two on his weekly television show.

Were they put off by some of the ludicrous stories that had been doing the rounds since I quit British wrestling in 2005? Perhaps, but it seems rather odd that they and their like didn’t want to hook up with someone whose knowledge of wrestling went back decades and who had worked hard to develop a blog and a presence on the internet.

Those I had met during my time in the business weren’t the only ones who were seemingly unwilling to lend a hand. When the editor of a well-known wrestling magazine tells you that they “admire your longevity” you realise the compliment instantly, but you also realise there’s no chance of them giving you work, let alone a plug in their rag.

The attitude was the same on some of the sites I had appeared on for years. It seemed as if I was the only constant as websites and writers came and went, the novelty factor of seeing their name on the screen in front of them wearing off very quickly. Yet despite the fact that these sites had a writer who could provide regular content for them they seemed quite unwilling to promote my work on their own sites and their own Facebook and Twitter feeds.

Then there were those in the local press. There was a time when my local newspaper’s website ran a section for local bloggers. I was one of the first to sign up, and I was one of the few writers they had that supplied regular content.

But when the blog section closed down they said that my wrestling and MMA pieces no longer fitted in with their editorial content. So you can imagine how I felt when I began to see regular pieces about the local MMA scene on their site.

When my struggle to find full-time employment finally ended in the summer of 2016 The Two Sheds Review went on the back burner, simply because I no longer had the time or inclination to watch professional wrestling. Now that I was earning a regular and decent wage I was able to find other sources of entertainment, which meant that watching wrestling and blogging wasn’t the be-all and end-all of my daily existence.

The inability and unwillingness to promote me and my work still rankles with me though. The Two Sheds Review ran for over sixteen years. I was Britain’s longest-running professional wrestling and mixed martial arts blogger.

I didn’t do it for the financial reward, because I knew from the start that there was no way I could earn a living from writing about wrestling. At the end of the day it would have been nice if those whose careers I’d helped had given me the proverbial doff of the cap and had put in a good word for me.

After all, would the likes of Meltzer and Apter have heard about two fat blokes from a Norfolk seaside town if I hadn’t reviewed their matches?