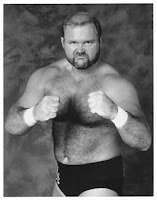 In one week’s time I will be celebrating my 40th birthday, and as a way of celebrating my journey into middle age I’ve been compiling a list of my 40 all-time favourite wrestlers over the past few weeks. We’re now on part 3, but for those of you who haven’t been paying attention his a rundown of those on the list so far.
40) Tito Santana
39) Nigel McGuinness
38) Gorgeous George
37) Steve Grey
36) Roddy Piper
35) Ricky Steamboat
34) Marc Rocco
33) Steve Corino
32) Andre the Giant
31) Jushin Liger
30) Flash Barker
29) Samoa Joe
28) Mick Foley
27) Les Kellett
26) Keiji Mutoh
25) The Ultimate Warrior
24) Johnny Saint
23) Tiger Mask I
22) A.J. Styles
21) Arn Anderson

And so the countdown continues with…..

20) BRIAN PILLMAN
“Flyin’” Brian was another of those wrestlers I first saw during my early forays into satellite television. At the time he was feuding with Lex Luger over the U.S. title, and although I kind of liked this smiley babyface, I learned to love his work a few years later.

His work as one half of the Hollywood Blondes with Steve Austin made the world take notice, but sadly the WCW creatives canned the idea, and it was a short time later when, as a member of the Four Horseman, when Pillman changed professional wrestling forever.

Pillman began to blur the lines between fact and fiction with his worked-shoot promos and Loose Cannon persona, so much so that he fooled many of his co-workers. He even managed to  convince Eric Bischoff to fire him to make the angle look convincing. Bischoff didn’t realise at the time that he was actually helping Pillman jump ship to the WWF.

Sadly his time in McMahon-land was cut short by tragedy. A car crash left him with injuries that affected his wrestling career, and an unknown heart defect cut his life short.

Brian Pillman wasn’t just a great wrestling, he was a visionary, and the wrestling business of the 21st century still owes him a great deal. 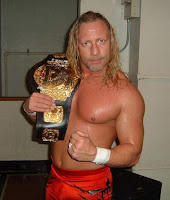 19) JERRY LYNN
If there’s one thing I love about Jerry Lynn it’s the fact that he can go into the ring and have a great match with anyone.

I first became aware of Lynn during his ECW stint and his tremendous matches with Rob Van Dam, and while he may not have been the best talker or the most charismatic it was obvious that he was, and still is, a tremendous worker.

You have to also remember that he was also one of the founding fathers of TNA’s X Division, and if it wasn’t for him it may never have achieved the success it did.

Despite being firmly entrenched in the veteran stage of his career Lynn is still pulling out all the stops for the fans, and I will never tire of watching his performances.

18) DAVEY RICHARDS
At the time of writing Richards is the only current World Champion on this list, holding Ring of Honor’s version of the title.

Richards is one of the reasons I find ROH shows so enthralling. He’s like a modern day version of the Dynamite Kid. He may not be the biggest wrestler in the world but he’s certainly one of the best at the moment.

17) JAKE ROBERTS
So what can I say about this guy that hasn’t been said by countless other people?

For me Jake Roberts is the greatest psychological wrestler ever. Long before he stepped into the ring he could have you eating out of the palm of his hand with his promos. He didn’t rant and rave like many of his contemporaries, he spoke in a calm tone, using a few choice words to get his point across.

In his prime he was able to back up his promos in the ring. He could make the worst wrestler on the planet look like a million dollars with a few simple moves.

But the sad thing is he’ll always be remembered for his battles with addiction, battles which have overshadowed most of his career. On a good day he could be a joy to be around, but on his bad days he was a nightmare, both of which I’ve experienced in equal measure during my time in the British wrestling business.

16) OWEN HART
It was way back in 1987 when I first took notice of the youngest of the Hart brothers.

It was back when British wrestling was still being shown on television, and Hart was challenging the legendary Marty Jones for the vacant World Mid-Heavyweight title. It was one of the best matches I’d ever seen, and it remains one of my all time favourites to this day.

It wasn’t until two years later when I saw Owen again, this time as the Blue Blazer against Ted Dibiase on WWF’s Saturday Night’s Main Event. I remember looking at the guy and wondering just who he reminded me off.

Owen went on to have numerous classics, and I would never tire of watching him compete, whether it was alone or in tag teams. I always looked forward to watching Owen’s matches.

Owen Hart’s life was tragically cut short in 1999. I still remember when I first heard the news, and how I rushed downstairs to check the various teletext news services. A few days later the Raw tribute show had me in tears.

Maybe one day WWE will do what’s right and finally put him into the Hall of Fame.

15) LANCE STORM
Despite what Steve Austin would have you think, Lance Storm is far from being the most boring wrestler in the world.

Storm is one of the most naturally gifted wrestlers I’ve ever seen. Everything he did in the ring just seemed so flawless. He was certainly one wrestler who never went through the motions.

Everything about Storm just screamed wrestler. He may not have had the best promo skills but he could really tell a story in the ring.

14) DOUG WILLIAMS
The only Brit to make this part of the list is someone who’s career I’ve been following closely for over a decade.

When I first began to get back into the British wrestling scene in 2001, using the internet to find out who was who and what was what Williams name was one that kept cropping up, and for good reason.

Williams for me is the best wrestler my home country has produced in the past 15 years. I’ve had the honour of watching him close-up as well as on DVD, and he’s always impressed the hell out of me.

It didn’t matter whether it was in Britain, Japan or America, or against smaller guys like Jonny Storm or technical marvels like Bryan Danielson Williams always left the fans wanting more.

Outside the ring you couldn’t meet a nicer guy, always willing to discuss the going’s on and to share a joke with fans and writers alike.

Now the former Anarchist is plying his trade in TNA, and while I’m pleased he’s doing so well I’d rather see him in the singles ranks. Besides, my dream TNA match between Williams and Kurt Angle may come to fruition one day! 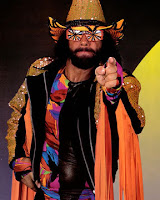 13) RANDY SAVAGE
If there’s one thing that the Macho Man’s untimely death succeeded in doing it’s reminding us just how great he was.

Savage was one of the first WWF wrestlers I ever saw way back in 1987, taking on his perennial foe Hulk Hogan for the title. I never really paid much attention to him until 1989, just as the Mega Powers were imploding and Savage was feuding with Hogan over the title.

The Macho Man was one of the most complete wrestlers I’d ever seen. Savage was a natural in the ring, a great technician capable of roughing it up and flying around the ring like a future X Division star.

Outside he was capable of cutting promos of such intensity that you just had to give him your attention. Even if he’d just shouted “watch my match people” in that deep voice of his that would have been enough.

Maybe soon, like another wrestler on this list, the WWF will do the right thing and put him in the Hall of Fame. 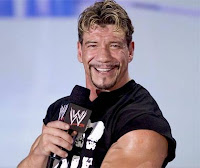 12) EDDIE GUERRERO
About 20 years ago wrestling magazines were hardly seen here in Britain, but one of the first ones I managed to get my hands on, whose name I can’t remember, featured a brief article on a guy called Eddie Guerrero.

As I’d never heard of him before I didn’t pay it much heed. I wished I had when I saw him in WCW a few years later, and while he impressed me there it wasn’t until he first appeared in the WWF that he really grabbed my attention.

Guerrero’s best work came during his WWF career. His lying, cheating and stealing mantra became one of the most over gimmicks ever, not only giving us some tremendous matches but some tremendous skits as well.

One of my favourite matches of the 00’s is Guerrero’s title win over Brock Lesnar, and he was all set to win the title again had it not been for his tragic death.

Guerrero may have had his demons, but he will always be one of those wrestlers that his peers will never say a bad word against. 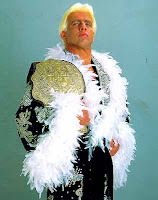 11) RIC FLAIR
The last man on this part of the list is a true wrestling legend.

Like many others on this list I first saw the Nature Boy back in 1989. He’d just won the World title back from Ricky Steamboat before Terry Funk put him through a table with a piledriver.

Flair is one of those wrestlers who, in his prime, you could watch all day. It didn’t matter who he went up against.

It’s been one of my joys over the years to see many of Flair’s classics, and I could see just why he was so great.

But some of you may be wondering why he’s not in the top 10. The answer to that is a simple one.

Flair really should have retired years ago. Okay, his “retirement” match with Shawn Michaels is a great example of his work, but it’s more than obvious that he’s now incapable of living up to those previous lofty standards.

Staggering around the ring and falling flat on your face before slashing open your forehead doesn’t make for entertaining viewing, and if he’d retired properly a few years ago then he may well have made the top 5.

Well, that’s your lot for this part of the countdown, 30 down, only ten more to go.

So just who has made the final ten? You’ll have to wait until next week. But I can tell you that the final ten includes seven Americans, two Brits and one Canadian, and that’s all I’m going to say.
at November 01, 2011