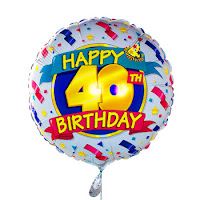 November 8th, 2011 will be a momentous day for me, because on that day I will turn 40.
So instead of letting what hair I have left grow long and buying a Harley Davidson I thought that there would be no better way of celebrating than compiling a list of my 40 all time favourite wrestlers.
As far as being a wrestling fan goes I’ve been one for as long as I can remember, watching the old British shows on World of Sport every Saturday afternoon before seeing my first American show in 1987 when ITV showed the WWF for the first time.

So I’ve drawn on my vast experience as a fan to complete this list. It contains wrestlers from all over the world. You’ll be familiar with some of the names and unfamiliar with others, and you may be surprised by some of the names who didn’t make the initial list. These include Hulk Hogan, Sting, Lex Luger, Randy Orton, Kevin Nash and Goldberg among others.

As far as picking these people I haven’t used any scientific formula. I drew up a list of 100, then cut it down, after much thought, to a final 40.

But before we go any further, you’re probably interested to see who made the initial shortlist of 100 but didn’t make the final 40. Well , here goes…. 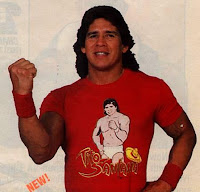 40) TITO SANTANA
Santana was one of those guys I first noticed back in 1989 when we first got satellite television. Compared to some of his peers in the WWF at the time his image was quite tame.

He didn’t have any overly flashy gimmick, he was just a guy who could have great matches with anyone, whether they be the jobber of the week or rivals like Rick “The Model” Martel and “Mr. Perfect” Curt Hennig.

I have to admit that I was a little disappointed with the El Matador gimmick, but he still put in some quality performances, helping to launch the Wrestlemania singles career of a certain Shawn Michaels.

39) NIGEL MCGUINNESS
I first became aware of McGuinness back in 2002 during my time with WAW. Some of their regulars had worked with McGuinness on other shows over here and had nothing but good things to say about him.

I began to see more of him over the years, mainly in Ring of Honor and Pro Wrestling NOAH. His singles matches in ROH against the likes of Bryan Danielson, or anyone for that matter, were top class, and his team with Doug Williams in Japan was one of the best I’d seen in recent years.

I saw how good he really was when he won the one and only King of Europe Cup, a British tournament bringing together wrestlers from all over the world, defeating Rhino in the first round before beating Williams in the final. I knew this guy was special and seemed destined for big things.

A reign as ROH World Champion was blighted by injury, but after a stellar farewell tour he began his TNA life as Desmond Wolfe, and immediately had a classic with Kurt Angle.

Sadly it was downhill from there, a forgettable feud with Abyss, a brief flirtation with Fortune and a team with Brutus Magnus before health problems led to his release, taking him back to ROH as a commentator. If only.

38) GORGEOUS GEORGE
You’re probably wondering why George Wagner is on this list. George died long before I was born, but if it wasn’t for the Human Orchid professional wrestling wouldn’t be where it is today.

The magic of video, DVD and Youtube show us just how great he was. He wasn’t the biggest or the best, but he was certainly the most flamboyant.

His flamboyance and outlandish costumes have inspired countless others over the past 50 years, from the likes of Buddy Rogers, Randy Savage, Ric Flair, Goldust, Adrian Street and more. 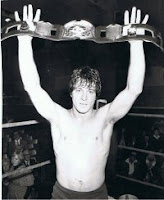 37) STEVE GREY
The Golden Boy with the Silver Boots was a mainstay of Joint Promotions here in Britain during the World of Sport era.

The guy was a technical genius who could tie his opponents in knots and have great matches with everyone he stepped into the ring with, and he was one of my favourites when I was a kid.

Grey continued to have great matches long after British wrestling was taken off our screens, and I had the privilege of watching him live a number of times. Age hadn’t diminished his skills, and it was a joy to a master at work. 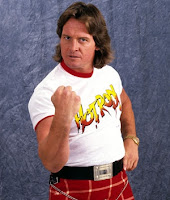 36) “ROWDY” RODDY PIPER
The first time I saw the rowdy Scot he wasn’t actually wrestling, he was having a great time insulting Brother Love and Morton Downey Junior in a special edition of Piper’s Pit at Wrestlemania 5.

The second time I saw him was when he was giving the acting performance of his life in John Carpenter’s brilliant “They Live”. Who can forget that immortal line about bubblegum?

When I finally saw him wrestle I realised just why he’d been pushed to the top of the mountain during the formative years of Hulkamania. His promos alone made you want to go out and watch his matches, and once you were there he put on great performances. In short, Roddy Piper is an icon.

35) RICKY “THE DRAGON” STEAMBOAT
Many of you will probably think that the first time I saw the Dragon was in a certain match with Randy Savage at Wrestlemania 3.

In fact the first time I saw him was in 1989. A few German television stations had suddenly appeared on our satellite box, and it was while checking them out that I saw Steamboat for the first time, losing the NWA World title to Ric Flair.

A couple of years later, when WWF videos were first sold here in Britain I had the chance to see that match with Savage, as well as several others. The career-long baby face blew me away, no matter who he went up against.

Besides, who can forget his brief comeback against Chris Jericho? As the fans said that night, he’s still got it.

34) “ROLLERBALL” MARC ROCCO
If you mention the old World of Sport days to any old wrestling fan in Britain then they’re bound to mention the name of Marc Rocco.

The guy is a legend. I’ve lost count of the number of times I saw this perennial bad guy wind up the crowd with his antics.

But it wasn’t all about breaking the rules with Rocco, he was a great wrestler as well, and even though I hated him when I was a kid (which meant he was doing his job well) when I’ve revisited matches against the likes of the Dynamite Kid, Marty Jones and many more I’ve come to admire his work in the ring. 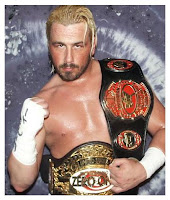 33) “THE KING OF OLD SCHOOL” STEVE CORINO
I first took notice of Corino back during the dying days of ECW, when their TNN show was shown over here on Bravo.

It was around the time when the World title was being handed around like a tube of Smarties, and it was Corino’s turn to wear the gold.

In truth I didn’t really pay much attention to him, and it wasn’t until I saw him in Major League Wrestling as the World Champion and the leader of the Extreme Horsemen I realised that this guy was good.

What’s really impressed me about the guy is his recent work in Ring of Honor, first as Kevin Steen’s evil cohort in the feud with El Generico and Colt Cabana, and since then as the reformed character trying to put his evil ways behind him.

It’s a shame that he never had a big run in WWE or TNA, but then again he’s been quite successful away from the spotlight of the big two. 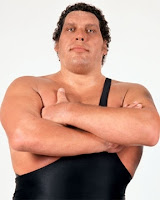 32) ANDRE THE GIANT
You’re probably wondering why the big Frenchman is in this list. You’re probably saying to yourself that he doesn’t deserve to be here because of the poor performances at the back end of his career.

If you look at the big guy’s entire career then you’ll see that he deserves to be on any all time great lists.

He may have been a lumbering wreck from the mid-80’s onwards but before then he was a great worker, and even though the first time I saw Andre was against Jake Roberts at Wrestlemania V in 1989 I saw some of his earlier matches from Japan.

It was as if they were two completely different people. Unhampered by the medical condition that would ultimately take his life Andre was a veritable wrestling machine, pulling off moves that a man half his size couldn’t do.

Besides, you’ve got to admire him for those legendary drinking stories!

31) JUSHIN “THUNDER” LIGER
It was around the mid-80’s when I first saw Liger in action. Back then he was known as “Flyin’” Fuji Yamada, touring Britain and tearing the houses down with the style of wrestling that fans hadn’t seen since the heady days of Sammy Lee a few years before.

When he donned the bodysuit and mask a few years later I didn’t realise that Yamada and Liger were one and the same. I’d read a great deal about his exploits in the old Apter magazines, and it wasn’t until he went to WCW and took on Brian Pillman, tearing the houses down once again.

Liger may have slowed down a little and changed his style in recent years but he’s still capable of putting on tremendous matches.

Well, this concludes the first part of my Top 40 All Time Favourite Wrestlers list. Part 2 will include numbers 30-21, and while I can’t tell you who made it that high, I can say that there will be three Brits, one Samoan, two Japanese, three Americans and one man from parts unknown!
at October 06, 2011