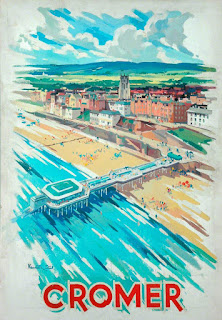 It had been quite a while since James Watt had visited his hometown of Cromer. Since his accident over a year ago he had only been back once. Now he wished he could have gone home under better circumstances.
For a while Watt did nothing but fly over his hometown, reliving old memories of his childhood, the school he went to that was now nothing more than an empty shell, the playground where he scored his first ever goal in a football match, the field where he took his first catch in a cricket match, the home where he once lived. But Watt knew that this was not the time to think about things that once were. He had a task to perform. He had to find Samantha Hetrick.

Soon afterwards Watt landed in one of the streets behind the main church because he didn’t want to draw attention to himself. Soon afterwards he was walking down the street towards the retirement home his parents now resided in. He soon saw his father standing in the street waiting for him. A huge smile was on his face, and soon father and son embraced.
“How are you doing?” Mr. Watt asked. “The only time we seem to see you is either on the television or in the papers.”
“Being leader of Anglo-Force takes up most of my time Dad.” said Watt.
“Come on son. We can’t spend all the time talking on the street.”
Watt soon found himself sitting in his parent’s living room, a cup of tea and a piece of chocolate cake in his hand, and a doting mother standing over him.
“Are you getting enough sleep?” she asked. “How that son of yours? When is this wedding of yours?”
“Mum, will you stop worrying? I don’t need sleep anymore, Peter is fine, and the wedding is very soon, as soon as we have this business out of the way.”
“That’s why you’ve come here, isn’t it?” asked Mr. Watt.
“How did you know?” asked Watt.
“Strange things have been happening around town in the past few days, mostly concerning some of your old friends. Men like Robert Gill, Richard Smith, they’ve been acting odd.”
“And Sam?”
“You mean Samantha Hetrick? All she did was go down to London.”
“I know, she came to see me at the mansion. She’s part of what’s going on.”
“Well I don’t know much about these things, but there is one other I’ve talked to about this who is also very concerned, Arthur Symons.”
“Doc Symons?”
“Yes, he might be able to help.”
Watt looked at his watch.
“Does the surgery still open at it’s old times?”
“The times haven’t changed since before the war.”
Soon, after downing one piece of cake and once cup of tea Watt was flying across town again, this time towards the practice of Doctor Arthur Symons, the man who had been the Watt family’s doctor for nearly thirty years. Watt was lucky, surgery was just coming to an end, and the receptionist was soon showing Watt into Symons’ office. Upon seeing his former patient Symons got to his feet.
“James Watt! I never thought I’d see you here again!”
The two of them shook hands.
“Please, take a seat.”
A few minutes later they were seated.
“You can’t be here to see me for a check-up.” said Symons. “From what I’ve heard the last doctor you saw was Charles Xavier.”
“I haven’t come here for a check-up.” said Watt. “A few days ago I was visited by Sam Hetrick, and she was acting rather odd. Then my father told me that some of my other friends have also been acting oddly. He also said that he spoke to you about this. Can you tell me what’s going on?”
Symons took off his glasses and leaned over his desk towards Watt.
“If I were you I would leave Cromer now. Your life is in danger if you don’t.”
Then the door opened and Samantha Hetrick entered, holding what appeared to be some sort of gun in her hand.
“You were told before what would happen if you helped the Istari. Now we are giving you one last chance.” said Symons.
Watt was totally shocked. He considered Symons an old friend, and now it seemed that he was working for Darkmagus. Before Watt could do anything however Hetrick fired her weapon. The gun was in fact a syringe which contained a powerful sleeping drug. Watt could do nothing but fall into a deep sleep.

Light, Bright, blinding light. Light was the first thing Watt saw as he began to come to. He had no idea how long he had been unconscious. It could have been minutes, hours, or even days. But as Watt stared into the bright light that was glaring into his face he heard voices, voices which he recognised. A few seconds later a familiar face looked down at him. The face may have been a familiar sight but it was not a welcome one. It was the face of Symons.
“Ah, I see that you’re awake. Good. At least now you will feel the pain of what we are about to do.”
Watt began to struggle, but the struggle was in vain. He was tied down to the table.
“Why are you doing this Arthur?” he asked. “How long have you been working for Darkmagus?”
“I might as well tell you.” said Symons. “But I think the first thing I should tell you is that I am nor Arthur Symons. Arthur Symons was killed in 1969 by Darkmagus, one year before you were born. I am one of Darkmagus’ creations, one of his androids.”
“Are you telling me that you’ve been masquerading as Symons for the past thirty years?”
“Yes, I have. You see, Darkmagus knew all those years ago that one day you would gain special powers, powers that could threaten him. Since that day I have helped give birth to every child born here in Cromer, and on the day they were both I planted a special device into the skin, a device which enables Darkmagus to control them. Since then the entire town has monitored your progress. When you came back you played right into our hands.”
Watt was horrified by what he had just heard. Could it be that all of his friends had been secretly monitoring him from the day he was born? Watt did not have the answer to those questions, but he know that he had to do something. Slowly Watt began to wriggle as the android Symons turned his back. After a few seconds his left arm was free. Upon hearing this Symons turned around just in time to see Watt freeing himself.
“Wait!” Symons said. “You cannot escape!”
“Just watch me!”
Watt reared back and unleashed a mighty blow upon the android, making him fall to the ground. He then began to move towards the door. Symons then picked up a laser blaster and fired at Watt, the blast hitting him in the back. The blast stunned Watt, and he turned around to see Symons getting to his feet. He then walked towards Watt and began to rain down several blows upon Watt.
“I’m lucky that Darkmagus programmed me with emotions.” said Symons. “Because it would make killing you all the more enjoyable!”
The android continued to pound down on Watt until suddenly he grabbed hold of Symons’ arm. With one mighty wrench he yanked Symons’ arm from his body. Seeing this, Symons staggered back slightly.
“I am totally against killing.” said Watt. “Even scum, but you are not alive. You are just a machine!”
Watt then took hold of Symons’ other arm and wrenched it out of it’s socket.
“You are a fool Watt!” said Symons. “If you destroy me it won’t be my blood upon your hands, but the blood of others, of all of those who are close to you!”
No matter what Symons said Watt continued to attack, landing blow after blow. Symons had no way of fighting back. Soon, Watt lifted what was left of Symons high above his head and threw him through a brick wall to the street outside. Watt soon followed. He stood over the motionless form of the android.
“You…..have…..just…..doomed…..your…..friends!”
And with that the android Symons stopped moving completely. Watt kneeled down. He had destroyed the android. Then, from nearby, he heard what seemed like a thousand cries. Then, it started. Every man, woman and child who had been born since 1970 fell to the ground, all over town. Everyone one of them was dead. When Watt destroyed Symons he unknowingly killed them all.