A Tale of Two Bosses 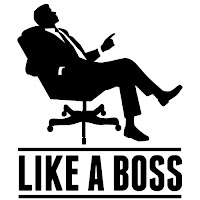 As you may know I’ve worked for a variety of companies over the years, from local hotels to local factories to wrestling companies to retail establishments. It’s fair to say that I’ve encountered a wide variety of bosses during that time, and the other day I was reminded just how different two of those people were when I saw two of my former bosses in the space of a couple of hours.

One of them is quite honestly the best boss I’ve ever head, a genuine pleasure to work with. He not only welcomed me into his team but he more or less welcome me into his family as well. I’d probably be working for this man today if he hadn’t and sold his business several years ago.

The second man I saw was quite honestly the worst boss I’ve ever had. Sure, he started off as warm and welcoming, but the longer I worked for him it became obvious just what an ****hole this man was, as was evident when he began a staff meeting by telling us that he had never worked with a bigger bunch of t***s in his life. He then began to verbally abuse three particular guys in front of everyone else for their apparently poor work, and within weeks all three of them had handed in their notice. Yours truly left not long afterwards.