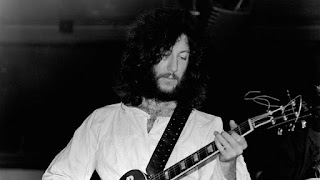 One afternoon he began playing a video of a late-night documentary about the band he’d recorded. It was the first time I’d really paid any attention to the band, although I’d had a brief dalliance when Albatross became a part of my record collection when I was a very young child and when big sister Sue got a copy of the Tusk single in 1979.

Some of the stuff I saw that day really blew me away, but one thing that really grabbed my attention was a short clip of a song from the sixties called Oh Well. The guitar work of both Green and his young protégé Danny Kirwan was really a sight to behold, and from then I knew that I had to follow in my brother’s footsteps and hear more of this sixties blues man.

The songs I discovered around that time were classics, true blues legends, created by a man whose guitar work was on a par with the likes of Hendrix, Clapton, Page and Beck. Peter Green was a genius, but he was also a genius who had his flaws and his personal demons, demons that haunted him for years.

Sadly the greatest blues guitarist this country has ever produced has now passed away, but he leaves behind a musical legacy that will be consumed by true music fans for years to come.

Thanks for the memories Mr. Green.