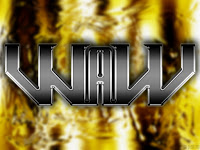 WAW returned to the seaside town of Hunstanton for their latest successful show in the resort, headlined by a bout for the British title that ended in somewhat controversial circumstances.

THE U.K. PITBULLS v HOT STUFF and ETHAN MOORE
Another special challenge for the reigning tag-team champions, along the lines of their handicap match in Yarmouth a few weeks ago. For the Pitbulls to win they had to pin both of their opponents. However, Moore and Hot Stuff only had to pin one of their opponents to win. Once again, the rules proved to be a little confusing for the champs.

As is their custom, the Pitbulls dominated early on with their massive size advantage. Hot Stuff and Moore showed some good offence at times, but this wasn't enough as the Bulk took Moore down with his Bulkishi Driver.

Then the confusion set in. Having already pinned Moore, instead of concentrating their attack on Hot Stuff, they continued to pound on Moore, so much so that they pinned him a further two times, once after a Big Dave choke slam, and again after a Bulk choke-bomb.

The confidence the big men gained from these false finishes proved to be their undoing. As Big Dave attempted to suplex Hot Stuff back into the ring from the outside, a dazed Moore grabbed hold of Dave's leg, and held it down as Hot Stuff gained the only pin that his team needed for the win.

Enraged by the manner of the defeat, Bulk grabbed the microphone and lambasted the championship committee for the rules that had been forced upon them. He then challenged Moore and Hot Stuff to a match with the tag-team titles on the line.

JAMIE LEE v ZAK ZODIAC
The young up-and-comer (Zodiac not Lee) and the wily veteran continued their series of matches in a best of three falls contest, and once again, youthful exuberance won out over experience.

After some fast paced action in the first round, Zodiac gained the first pinfall in the second, taking Lee down with a sunset flip. Two rounds later, having gained the upper hand on several occasions with some very questionable tactics, Lee scored the equalising fall with a fisherman's suplex.

But Lee's constant bending of the rules didn't help him out in the long-term, as Zodiac gained the winning fall in the fifth, taking Lee out with a 619, followed up by a big splash from the top rope.

JOHNNY PHERE v JAKE "THE SNAKE" ROBERTS
Originally this match was to have seen Ricky Knight take on the snake man, but Knight came to the ring, arm heavily bandaged and in a sling, claiming to have sustained a sprained wrist the previous evening in Worthing. Commissioner Steven Howard-Platt was very sceptical, especially as Knight couldn't even provide a note from his mother, let alone from his doctor.

But the Commissioner allowed Knight to put a replacement in the match, in the form of Johnny Phere. Roberts was unhappy with the situation, but he knew he had no choice.

What occurred after all of this was probably the best match I've seen from these two men recently. Both men impressed me as they went at it tooth and nail in a contest that almost won the match of the night award. Roberts gets quite a bit of heat on the old Internet, but even the most cynical smart marks would have been entertained by this bout.

After Phere had gotten in some good offence, it wasn't enough as Roberts took him down with a short-arm clothesline, following it up with the best DDT in the business. A three count later and he had the victory.

Then the Rowdy Man's plan became apparent. As Roberts walked back onto the stage, Knight attacked him from behind, choking him out with the sling he had worn so proudly just moments earlier. Knight's injury was nothing more than a ruse to get out of the match.

WAW British Championship
THE ZEBRA KID (c) V "THE DARK ANGEL" ASHE
A title match fought under the new championship rules for the hometown hero ended in very controversial circumstances, and with the crowning of a new champion.

The Zebra Kid proved to be a chip off the old block throughout the bout, projecting an air of arrogance as he took on a youngster recently described as one of the best kept secrets in British wrestling. This match was hard-hitting and fast paced from the beginning, and this reporter had doubts as to whether both wrestlers could keep up such a hot pace.

The first fall came in the third round. With Ashe sitting prone on the top rope, Zebra connected with a DDT, following this up with his top rope elbow smash. Ashe was out for the count, but he had to fight back.

After some more engrossing action from both men, Ashe scored the equalising fall in the sixth round, connecting with a reverse neck breaker off the second rope.

The third fall never happened. Seeking to gain an unfair advantage, Zebra released one of the corner pads, exposing the metal bolts underneath. However, his plan failed as Ashe sent him crashing into the exposed metal with such ferocity that he was unable to continue. This meant that the referee had no choice but to refer the decision to the judges at ringside. It was a majority decision, with all three judges scoring in favour of Ashe. The youngster had done it, he was the new British Champion. Despite his pain, the Zebra Kid was unhappy with the situation, and promised to seek retribution with the championship committee.

In conclusion - another great night of wrestling action in Hunstanton, although I was a little disappointed that there were only four matches on the card. But the lack of a fifth match was more than made up for with the action that was presented.

Match of the night goes to the British title match between Ashe and the Zebra Kid. WAW's new championship match rules shows that the company is certainly heading in the right direction. As it attempts to re-capture some of the glories of the old school era, the new rules show that they can still put on a match with high drama and tension throughout. My congratulations go to Ashe for his championship win.
Posted by Julian Radbourne at 17:31:00