So What Happened When I Wrote To Those Political Types? 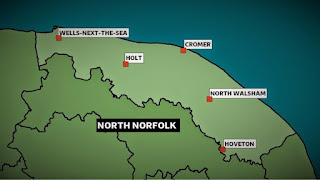 Election fever is certainly gripping the country at the moment, and it’s certainly gripped me, in the sense that the fever has made me quite sick of politics once again. But all of this local and national nonsense doesn’t stop me thinking of something I tried during the last election all the way back in 2015.

You see, back then I’d been unemployed for quite a while. Frustration was something I felt every day as I spent hour after hour and day after day just looking for someone who’d give me a job, and during the election campaign I began to wonder just what my local parliamentary candidates could do for people in my situation.

With all of these thoughts running through my head I decided to write an open letter to all five candidates. I also posted the letter on social media, and here on this very site. (Link here: http://twoshedsreview.blogspot.co.uk/2015/05/an-open-letter-to-my-local-election.html) Some of the responses were very interesting to say the least.

Well, those that bothered to reply anyway. Conservative candidate Ann Steward didn’t bother to reply. Neither did her UKIP counterpart Michael Baker. Mind you, that wasn’t entirely surprising, considering that I don’t think I’ve ever heard a UKIP candidate discuss their jobs and unemployment policies.

Labour’s Denise Burke, after reading the letter on her Facebook page, towed the party line as it were and came out with the usual “we’re going to do this and we’re going to do that” manifesto stuff without actually mentioning my case at all.

The Green Party’s Mike Macartney-Filgate didn’t know what to make of my letter at all. He seemed completely flustered by it, and sent me an e-mail saying that he’d have to consult his local party secretary before he could reply. That reply never came. He probably would have replied if I’d told him that being unemployed had drastically increased my carbon emissions.

The only decent reply, in the form of a personal letter, came from the Liberal Democrat’s Norman Lamb, proving once again that he’s the best MP this area has seen in years. The fact that he took the time out to take in what I said and to offer his support for my situation without quoting from his party’s manifesto shows how much he cares about his constituents.

Thankfully my situation has changed drastically since then. But having written this, it makes me wonder if I should perhaps try this little experiment again. After all, there’s plenty of other people going through what I went through.

Who knows, maybe some of them will actually reply this time!