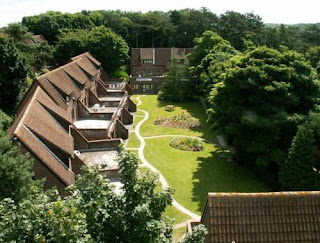 This past Friday I finally got the telephone call I'd been waiting for. Having been "officially" unemployed since October 2009, having been through the government's work programmes four times, and having submitted thousands of applications I've finally got a job!

Starting on Monday I'll be working as a Night Receptionist at Cromer Country Club. I'll be starting with three days of training before going full-time on Monday week.

So to all of those who have supported me over the years, to the few decent advisors I met working for the DWP, A4E & Seetec (and there aren't many of them), to the team at the RNLI Henry Blogg Museum, and most of all to my two brothers Paul & Mark and the furry friends I've lived with over the years, a big thank you to you all.
Posted by Julian Radbourne at 13:28:00