A little piece about immigration..... 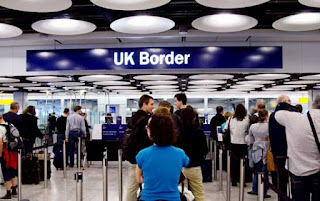 Last week when I was in hospital the first person I saw in A&E was an African porter. While I waited for treatment I saw doctors and nurses from Asia, Africa, and Australia.

The first nurse who treated me was from Africa. A few hours later while I waited to be transferred to the ward I was looked after by another African nurse.

The following day the cardiologist I saw was from India. A few hours later I saw a second cardiologist, a very nice African lady who explained to me what medication I was being given. As I waited to be discharged a Scandinavian doctor gave me my medication.

While we're at it, let's throw this into the mix. The best job I ever had was working for a business that was owned by a South African who served in the RAF. He married an English woman, and they had a daughter who married an Italian and had two great kids. I consider them all good friends.

So next time you see a post about immigrants, think about the people who could be treating you if you end up in hospital. Then go back on Facebook and complain about these "bloody foreigners".
Posted by Julian Radbourne at 15:58:00