An open letter to my local election candidates: What can you do to help me find a job? 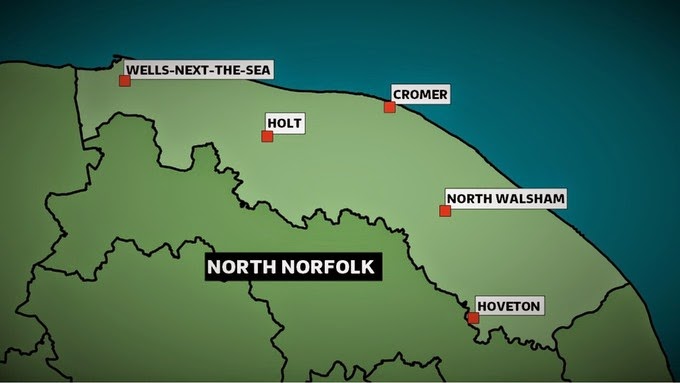 With the UK General Election this coming Thursday I decided to write an open letter to my local parlimentary candidates. It concerns my lack of job opportunities over the past few years. I've e-mailed it to all of them, but because it's so close to election day I probably won't hear anything back from them.
I've decided to share this with you here today mainly because this is my blog after all, and it's easier to post a link to it if I decided to share this on other social media pages. I must admit that I do feel a little better having gotten this off my chest.
Please allow me to introduce myself. My name is Julian Radbourne. I was born on November 8th, 1971. I have lived in the Norfolk coastal town of Cromer all of my life. I’m single, I don’t have any children, and I live with two of my brothers.

You’re probably wondering why I’m writing to you so close to election day on Thursday. I probably should have written this letter a few weeks ago, but in truth I only really began to compose it in my head a couple of days ago.

I’ve been observing the current election campaign with great interest. I’ve seen all the promises that the various parties have made in recent months, but there’s one thing that’s been really bothering me. You see, I don’t think any of your parties have made mention of people in my situation.

Let me elaborate. I’m one of those people you’d term as long-term unemployed. My last paid employment ended in January 2008. Before then I worked for a very successful local garden centre from 1995 until 2002. A bout with clinical depression meant that I had to leave that particular in June of 2002. I was declared fit to return to work in February 2005, and between then and January 2008 I worked for a few companies, including as a supervisor for the McColls newsagents group and as an operations assistant for Boots over the 2007-08 Christmas period.

When I left Boots in January 2008 I was convinced that I would be able to easily find another job, especially given my years of experience in the retail and customer service industry. I couldn’t have been more wrong. As you all know there was a little financial crisis a few months after I left Boots. Well-known retail companies that had been operating for decades went under, which made it more and more difficult for anyone to find work.

Because I’ve been unemployed for quite a while I’ve been put through three government work programmes during that time, once with Action 4 Employment and twice with Seetec. These have, to some degree, helped me gain experience with regards to being put on work placements, but more often than not I found both companies wanting with regards to my needs and the needs of others like me, and there’s been quite a few times where I’ve been left wondering if these companies and their staff actually have the best interests of their clients at heart.

Now that I’ve told you what is basically the story of my life over the past seven years or so let me get to the heart of the matter, to the real reason I’m writing to you, my local parliamentary election candidates. I have one question for you: what can you, and the party you represent, do to help me find a job?

Let me elaborate a bit more. Over the past few years I’ve lost count of the number of campaigns and schemes I’ve seen designed to help younger people, mainly aged between 18 and 24, into work. Chloe Smith’s campaign in Norwich a few years ago immediately springs to mind. I keep hearing this age group described as the “Lost Generation”, and of how their skills and enthusiasm is being lost to the workforce.

But every time I hear about one of these campaigns I keep thinking about the generation that came before them, people in the late-30’s and 40’s, people who have skills and enthusiasm but who are constantly overlooked because of their age or because they’ve been unemployed for an extended period of time.

Nobody seems to be interested in starting or supporting a scheme or campaign to get companies to realise just how much of the available workforce they’re ignoring. Nobody seems interested helping people like me, those of us that are single, have no dependants, and who just want a job.

But that’s something I haven’t had for over seven years now, and it’s something that I don’t think is going to change in the foreseeable future.

So before I close this piece I would like to as you, my local parliamentary election candidate, my question one more time: what can you, and the party you represent, do to help me find a job?

In closing I would like to thank you all for taking the time out to read this open letter, and I wish you all the best for the upcoming election.
Posted by Julian Radbourne at 16:30:00