Farewell.....for a couple of weeks anyway! (but not from this blog!) 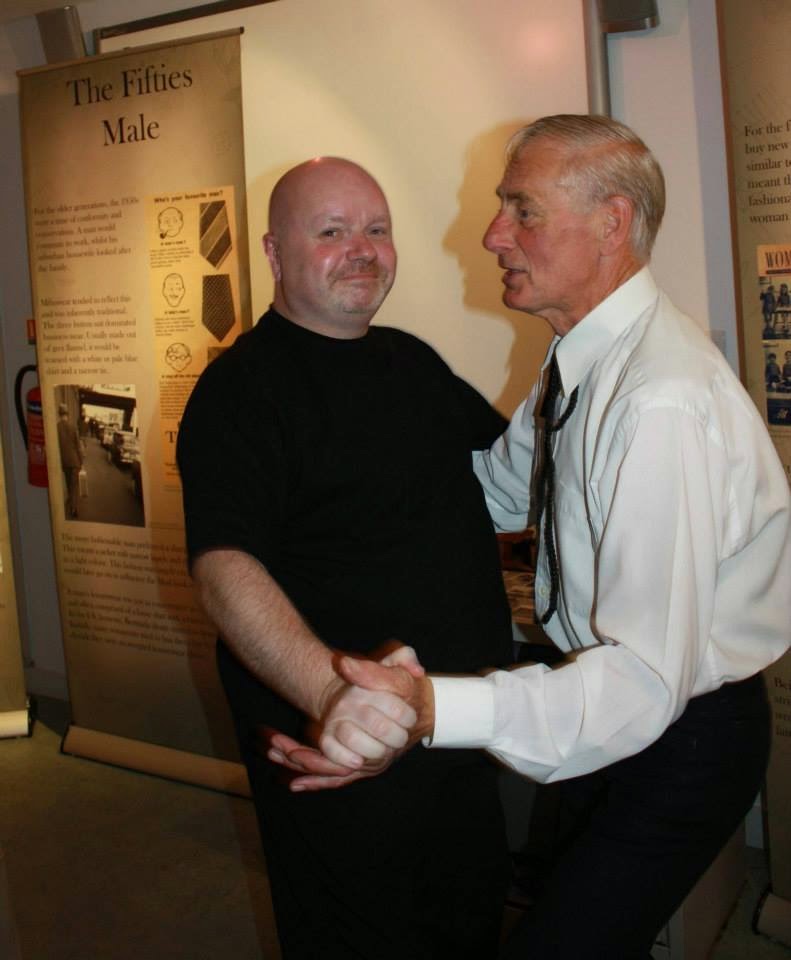 I wrote the following for the blog I run for the RNLI Henry Blogg Museum here in Cromer, commenting on the end of my CWP placement. But as that blog is only aimed at museum volunteers I thought that, like my piece about my Uncle Ted, it would be a good idea to post it here as well. Enjoy!

As I write this it's Friday afternoon, and I'm sitting in the Education Room, overlooking Cromer Beach and the North Sea. There's a few people milling around down below, but not many because of the cold weather.

Electricians carrying out the building's annual safety checks are coming through the room at various intervals. There's lots of banging and the smell of paint from upstairs as the cafe undergoes a makeover, and behind me, Henry Blogg is lying on a table, with two versions of his dog Monte watching over him.

But my recently have been turning to my impending, albeit temporary departure from the museum, with my CWP work placement coming to an end on Monday, January 19th.

For those of you who don't know the Community Work Placement programme was the bright idea of Mr. Cameron's government, and while many were openly critical about what it had to offer, I was interested to see what was on offer, mainly because I knew I'd end up on this scheme sooner or later.

The contract for this area was awarded to a company called Seetec. They're one of those establishments that ran other government work programmes, one of which I'd finished at the beginning of June. I had no idea at the time that I'd be under their thumb as it were just a few weeks later.

So how does CWP work, I hear you ask? It's quite a simple concept really. The scheme is designed to help the long-term unemployed gain work placements with various charities, in the hope that they would gain new experience and skills which would help them in their search for employment.

Yours truly was actually the first person the Cromer Job Centre referred to Seetec for this scheme, and when, during the induction, we were told that we would be placed with local charities I had the proverbial light bulb moment. "Hang on a moment!" I thought. "I currently volunteer with a local charity!"

So it was during my next session in the gallery I had a little chat with our esteemed leader Jacqui. I explained the scheme to her, and asked her if it would be possible to do my work placement at the museum. The answer was a resounding yes.

I won't go into details about some of the problems I faced with the way Seetec were running the CWP scheme over the following weeks. Needless to say that it took quite a bit on Jacqui's part to get things up and running, and I'll always be grateful for the way she stood up for me.

Up until that time my duties at the museum consisted of working the Gallery on a Saturday afternoon, telling people about the history of the lifeboats, and in particular about the history of a Mr. Blogg, and encouraging children and adults alike to dress up as lifeboat men and women.

All of that changed from my very first day. I brushed up on my retail skills with numerous shifts in the shop, went on a few road trips, a couple of them collecting and returning the 1950s exhibition back to Essex, helped set up a display or two, and did a ton of work on the computers.

One of the computer-related tasks saw me scanning old photographs onto our collections system, and to me this was one of the most important aspects of the work, mainly from a nostalgia viewpoint. I've always loved looking at old photos of Cromer, seeing how the two I grew up in has developed over the years, and I often found myself holding an old photo in my hand and just staring at it, trying to place where certain buildings and landmarks are today.

This also involved a bit of detective work as well. For instance, there was one photo of the Henry Blogg lifeboat rescuing a boy from a rubber dingy. When it came to entering a few more details about the photo onto the system I went online to see if I could find any more info, and I quickly found that there were two possible dates when the photo could have been taken, so I promptly entered these dates onto the system.

Another computer-related task I've had fun doing is setting up this very blog. I've been blogging online since way back in 2000, and as far as I know I'm currently Britain's longest running professional wrestling and mixed martial arts blogger (yes, I know wrestling is all "fixed", although it's better to say that the outcomes are pre-determined. I speak from personal experience if you say to a wrestler that wrestling is "fixed.")

Anyway, back to the matter at hand. I've got a great deal of enjoyment working on this blog, sourcing the various material that hopefully you've seen over and over again. I hope that you've also enjoyed reading what's on here.

As for other things, working in the shop has helped me brush up on my retail skills, and I was particularly pleased when the secret shopper gave me a good review! Maybe I should mention that in my job interviews.

If I had to pick a favourite thing I think it would be setting up the 1950's exhibition and seeing just how popular it was. Although it was exactly lifeboat-related it brought quite a few people into the museum, and while most of them were brought in by the exhibition it was nice to see them take the time to explore and take an interest in the other areas of the museum. Who knows, maybe they'll come back again when the summer season gets up and running.

My other favourite thing would be working with and getting to know those of you I'd only really known in passing, and listening to your countless stories. It was fun to see more than just the usual Saturday faces.

My least favourite thing would be when the museum was quiet. I'm not talking about the quiet I've had while we've been closed. The quiet I didn't like was when we were open and we didn't have any visitors. I'm one of those people who doesn't like sitting around doing nothing, and although I enjoyed the company of whoever I was on with during those quiet times it wasn't the same as being rushed off your feet.

Oh, and let's not forget that other least favourite thing, hearing Paul Anka's "Diana" ten times in the first three hours of the 1950's exhibition. That isn't an experience I'd like to repeat!

I think this pretty much sums up the past six months of my life. While there may have been a few hiccups along the way with how Seetec handled the CWP programme I think you guys did a great job. I can't thank you enough for the way you made me feel even more welcome than I felt before. I wasn't going to single anyone out in particular, but I must give a big thanks to Jacqui for everything she did for me, especially those lifts home on cold nights!

So now I must say farewell. But don't worry, I'm not leaving for good! You'll still see me on Saturday afternoons, and possibly a few others as well when I come in to work on a few things. Who knows, maybe I'll come in for spring cleaning as well, just so I can take a few photos of all you hard working people for the blog!

If you see me around town, raise a hand or say hi. Or if you're on the internet and engage in the wonderful world of social networking look for me on Facebook and add me as a friend. And keep supporting this blog so I know that all my hard work isn't for nothing!

By day I‘m an unemployed retail worker, and at weekends I volunteer in a local museum, but by night I'm the author of The Two Sheds Review, Britain's longest running professional wrestling and mixed martial arts blog. It's been online in one form or another since June 2000!