A Blog Born Out of Frustration 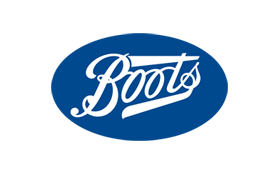 This is a blog entry born out of sheer frustration and a little bit of anger. It’s also another sign of just how frustrating it is to be unemployed. But to start this story I have to go back a few years to November 2007.

I was walking through Castle Mall in Norwich when I saw that Boots were taking staff on on temporary Christmas contacts. There was a big stand outside with a ton of application forms in it, and as I was on Action 4 Employment’s New Deal program I picked one of the forms up with the intention of filling it out at their offices across the way.

The form was like nothing I’d seen before. Although it contained the usual stock questions it also had a form of aptitude test. You know the sort of thing, they make a statement and you have to tick one of several options such as “strongly agree” or “strongly disagree”. So I filled out the form, included a copy of my CV, and took it back over. All done in about 90 minutes. Later that same day I got the call to come in for an interview the next day.

The interview went extremely well. The guy, a tall bloke called Nick, was very impressed with my CV and with the way I handled myself, and after going through a couple of more tests we went back to his office where he offered me the job on the spot.

I began work the following Tuesday. I had an absolute blast. I really enjoyed my time there. Everyone made me feel more than welcome. It was great to be part of a team again, and I worked my backside off so much that when my contract was nearly up one of the other managers said she’d have kept me on after Christmas had there been any vacancies.

I didn’t know then that this would be my last full-time paid employment. Mind you, none of us working class stiffs knew that the economy was about to go bust and that the retail world would take a massive hit.

As I enjoyed my time at Boots so much I always kept my eye on their job vacancies. However, since my time there things changed, and like countless other employers they began to rely more and more on online applications.

I applied to work at the Castle Mall branch again about a 18 months later. The aptitude test was more or less the same, except that it was now in the form of an online questionnaire. So I filled in the application, included my work history, and clicked the “apply now” button.

Within 24 hours I got a reply that really disappointed me, and it’s the kind of reply that would go on to disappoint me time and time again, because after I left Boots they completely changed the way they appoint new staff. They no longer relied on their managers to arrange interviews and to take on new staff. That was no longer any good for them. Instead they now relied solely on the online aptitude test, and if you didn’t meet the criteria set out by a bunch of psycho-analysts you had no chance of getting in.

I’ve lost count of the number of times I’ve applied to work at Boots over the past few years. My most recent applications were a couple of days ago when they advertised for temporary Christmas staff at the Castle Mall and Chapelfield branches. Within 24 hours of making those applications I received two e-mails telling me they weren’t going to take my applications further.

The most frustrating thing about this is that they now keep all of their previous aptitude test results, so even though you can update your other details on their database they always go on the results of a test taken a couple of years ago.

Will I apply at Boots again? There’s a part of me that says yes, because despite all of the knock backs I’ve had over the past few years I’ve got to keep ploughing on. But there’s also a big part of me that wants to say **** ‘em, why should I bother! If they want to quickly disregard someone who has experience then that’s their loss, not mine.