What Will Happen to Professional Wrestling After the End of the World? 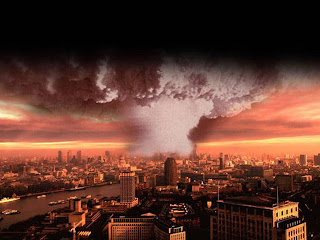 There’s been a lot of talk in recent weeks about the end of the world. We were all meant to meet our maker on December 21st, and even though it never happened that won’t stop crackpots around the world predicting everything from worldwide floods to asteroid strikes to alien invasions.

However, it seems to me that we, the human race, are ignoring the most important question - what will become of professional wrestling? How will it survive in a post-apocalyptic world?

Well people, read on and you’ll find out!


﻿The downfall of civilisation will inevitably mean the demise of television and pay-per-view. Companies such as TNA and WWE which relied on buy-rates and ratings will cease to be. International professional wrestling will cease to be.

But that doesn’t mean that professional wrestling will die. What’s left of mankind will still demand entertainment, and with the smaller population spread out over wider areas smaller promotions will come into existence.

However, it will change drastically. Crowds will no longer be satisfied by technical classics. They’ll demand blood, and one of the first promotions to offer such fare will form in what was once known as New York.

Run by a charismatic promoter known only as The Duke, New York will offer matches that will seem barbaric by sports entertainment standards. Here we see the Duke’s hand-picked champion, Slag, defending his title against promotional newcomer Snake Plissken in a baseball bat match. Later wrestling historians will deride Slag for ripping off Ox Baker’s gimmick. 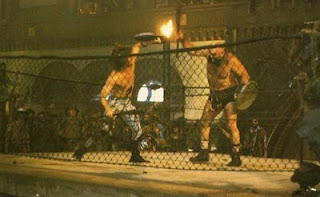 The downfall of the international wrestling promotions will see a return to the somewhat simpler times of the territory systems. Wrestlers will travel between various territories, but with the downfall of the global economy money will mean nothing to them. Instead they’ll wrestle for things such as food, shelter, clothing, or fuel for their cars. Here we see star Max Rockatansky travelling between territories. A legendary fighter, Max travelled the vast distances between territories by car, camel-drawn wagon or by foot. Some sat that he was actually descended from Outback Jack, but that was never proven. 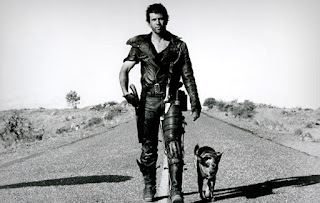 The most popular, and perhaps the most barbaric, of the territories will be Bartertown. Bartertown, run by Aunty Entity, will take inspiration from promotions of the past, most notably from TNA and their Thunderdome cage match. Here we see Aunty and her ring crew setting up their own version of the Thunderdome cage. 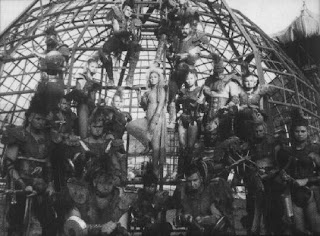 The promoters of the future will also draw inspiration from the gimmicks of the past. For instance, several wrestlers will be inspired by the exploits of Hawk and Animal, the Legion of Doom. 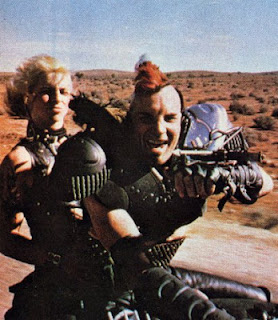 And a couple of years later they’ll also draw inspiration from Ax and Smash of Demolition. 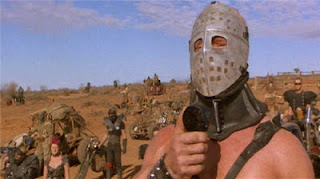 The greatest change, however, will come not from man but from man’s closest relatives. As other species continue to evolve apes will be challenge man’s dominance of the professional wrestling industry for the first time, and although several gorilla and chimp wrestlers will forge successful careers the first recognised World Champion will be an orang-utan named Doctor Zaius. The self-styled “intellectual saviour of the masses” will first come to prominence for his famed “beware the beast named man” shoot-style promo, before turning heel for refusing to defend his title against chimp challenger Cornelius. 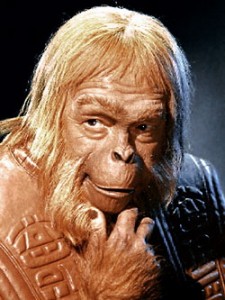 Over in Japan professional wrestling will take on a new lease of life. The rise of several mutant monsters will mean that humans give up wrestling altogether and monster wrestling will become the norm. The Osaka Wrestling Concern will become the most powerful promotion in the far east, and their annual Charge of the Monsters battle royal will become one of the biggest shows in Japanese wrestling history. 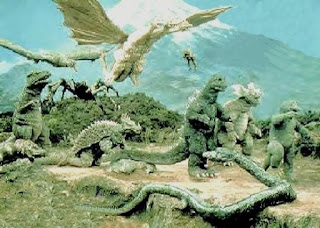 In what was formerly known as Great Britain, and what will become known as Airstrip One, British wrestling will enjoy success on a smaller scale. But much like it’s 21st century counterparts it won’t enjoy success on a national scale and will still hark back to the glory days of World of Sport, even though that was cancelled several hundred years before. 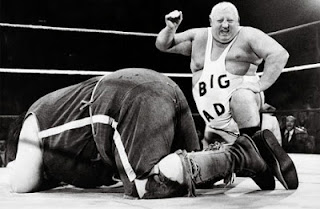 Eventually civilisation will return to the state it enjoyed before the destruction, and by that time a new promoter will arrive on the worldwide scene. Vincent Kennedy Russo Bischoff McMahon, cloned from the recently discovered DNA of the Vincent K. McMahon and imbued with the brainwaves of the original which were saved prior to the event will emerge as the new force in professional wrestling. After swallowing up all of the original territories the new McMahon will introduce the man who will go on to win the World Championship from evil Japanese monster Gojiro, Bulk Hogan, the clone of legendary 20th century grappler Hogan. Hogan will defeat the giant lizard in under three minutes, going on to enjoy a near 300 year title reign thanks to advances in cloning and brainwave transference technology. Hogan’s most persistent title challenger will be “Macho Clone” Randy Savage, and although Savage will enjoy a brief 150 year reign as champion Hogan will eventually win the title back in the main event of Wrestlemania MMMMMCXXVII. 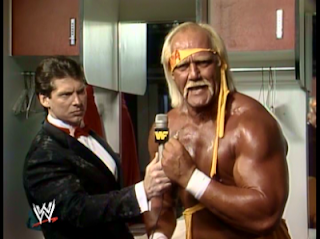 Of course, like that old Zager and Evans song I could go on and on predicting what professional wrestling will be like in the centuries to come. So let’s bring these proceedings to an end as we await the dawning of a new age of mankind. 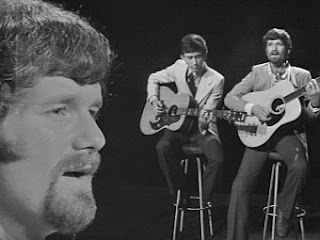 Of course, this article wouldn’t have been the same without inspiration and stills from the following films: