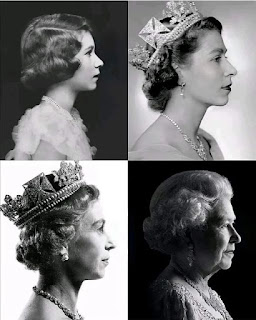 I have to admit that I considered not writing this piece, because normally when a celebrity I’ve followed for years passes away I say it feels like a piece of my childhood has been taken away. It feels that way every time. But this time it feels completely different.

It’s been a week since Queen Elizabeth II passed away at the age of 96. Let’s not kid ourselves here though. We weren’t surprised, we’d been expecting it for some time, especially given her health problems over the last few months, problems that were more than evident during the recent Platinum Jubilee. But that didn’t shield us from the feelings of shock when we heard the news, and the feelings of grief we’ve felt over the past seven days. 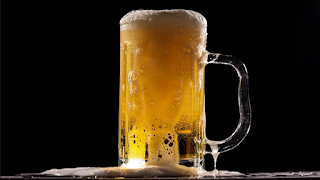 Yesterday marked the 38th anniversary of a great moment in my life, the beginning of my journey from boy to man when, just over two months from my 13th birthday, my Dad brought me my first pint.
Read more »
at August 26, 2022 No comments:

Along with his newfound friend Harry Kim, Tom Paris boarded the Voyager for the first time. As is usual with the boarding of a starship for the first time they reported to Sickbay. It was there they first met Voyager’s CMO, Doctor McCarthy. Although pleased to see Kim he was not to happy at seeing Paris.

“Welcome aboard Mister Kim.” McCarthy said, shaking the young Ensign by his hand. “And you must be Tom Paris…the observer.”

Paris could tell instantly that McCarthy had taken a dislike to him. McCarthy made no attempt to hide his dislike for Paris, and Paris made this aware to McCarthy.

“As a matter of fact.” he said, “I’m observing right here, now. Have me met before Doctor?”

“Not exactly Mister Paris. I was stationed on Calder Prime about the same time as you. I treated the wounded from the Calder II incident. One of them was a friend of mine.”

Kim could see something was going on here. He tried to interject himself into the situation.

“Perhaps we should go and see the Captain.”

“You do that Mister Kim. She’s been asking about you.”

“Maybe I should go along as well.” said Paris.

The two of them then left Sickbay. McCarthy was pleased about this. He had no wish to even be in the same room with someone with Paris’ reputation.