Life Will Go On For Jamie Oliver 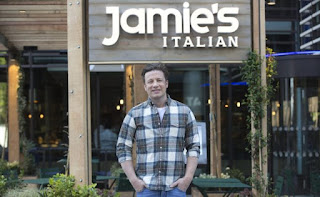 Companies going out of business is nothing new, especially in times made more uncertain by the UK’s fragile government and it’s attempt to leave the European Union. One search business that hit the headlines this week was the restaurant chain owned by celebrity chef Jamie Oliver.

The staff at his restaurants are in for a difficult time. The majority of them didn’t know that something was wrong until administrators turned up at their front doors to shut them down.

As someone who has had very recent experience of this I know exactly what they’re going through. There will be feelings of shock at the sudden closures, feelings of grief over the loss of their jobs, and feelings of anger at those who run the business.

But let’s face it people. Even though one of his business is on the brink of insolvency for Jamie Oliver life will go on. He’s probably got nothing to worry about, what with all of the other irons he has in the fire. People will still buy his books, watch his television shows and get involved in whatever campaign he’s going to get his teeth into next.

I just hope that unlike my situation his employees will be able to get everything they’re entitled to. Being grateful to them for helping his business during it’s eleven year history is all well and good, but at the end of the day they’re the ones who’ve got claim benefits and look for new jobs.

Let’s just hope that, unlike my case, Mr. Oliver shows a lot more sympathy to his now-former employees.