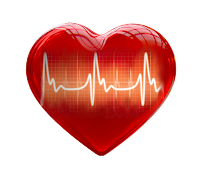 Just when you think things are going well for you life comes and gives you a big kick up the arse.

This past Tuesday night I was taken into hospital suffering from severe chest pains. I was put through a whole load of tests, which focused on my heart, they gave me a ton of medication, and kept me in overnight for more tests on Wednesday morning before discharging me around tea time.

The news is that while there’s no damage to the heart itself it looks like there is some damage to the muscles and arteries around the heart. What the damage is I won’t find out until I undergo further tests and scans.

If truth be known I’ve been suffering with this for the past year or so. Things that I could easily do, such was walking up a hill or a big flight of stairs left me with pains in my chest, coughing and wheezing. This wasn’t too bad at first, but it started to get worse a few weeks ago.

I know that I should have had this checked out ages ago, but because I lost my mother and my brother Brian to heart problems when both of them were in their fifties I was just too fucking scared to do anything.

All of this came just after I’d started my new job, although I had a few warning signs there too when I had trouble walking up the hill at the start of the working day when I had a couple of coughing fits while in reception. It’s been more or less confirmed that I’ll be let go. There’s a chance that, given that I would have been working ten hours a night seven days straight that I could have had another “episode”, which would be made worse given that I’d be working on my own.

So what happens now? All I can do is wait. I’ve been put on the sick list for the next two weeks at least. But there are some things I have to say.

I would like to say a massive thank you to my brothers Paul and Mark for sticking by me during all of this. I really couldn’t have done it without you two.

A big thank you to the paramedics and ambulance crew who looked after me on my journey to the hospital, and a big thank you to all of the staff at the Norfolk & Norwich Hospital. Their treatment and their care was first rate. Britain’s National Health Service, especially here in the east of England, takes a hell of a lot of shit, but I’ve got nothing but admiration and respect for them.

Now I’m off to go and try and relax. I’m getting a bit emotional writing this. I’ve been absolutely terrified, and I’ve done a lot of crying over the past few days. Now all I can do is follow doctors orders.

Once again, a big THANK You to everyone.