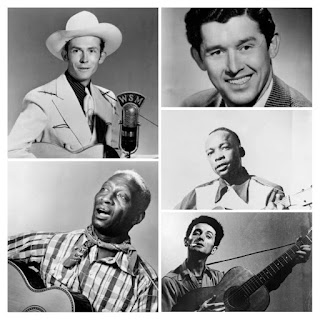 Every year the Norfolk coastal town of Sheringham holds their 1940’s Weekend. It’s an annual celebration of all things to do with that historic decade. Thousands of people dress up in period costume and descend on a town that’s as equally decorated to attend numerous events, including riding on the North Norfolk Railway’s vintage steam trains.

This year’s event was scheduled for next weekend, September 19th and 20th. Then that bloody coronavirus intervened, which meant that the organisers had to cancel the event.

Now in recent years I’ve taken quite a liking to Forties music, so much so that I’ve now got quite a bit of it stored on my hard drive, so this Cromer boy thought he’d try and bring a bit of cheer to his neighbours by putting together a Mix Tape of great tunes from that era. I did, however, decided to go in a slightly different direction.

You see, most people probably associate Forties music with the likes of Glenn Miller, Vera Lynn, Gracie Fields and Bing Crosby. These songs are all well and good, but I wanted to do something a little different, because the Forties gave us some great music from other musical genres such as blues, folk, and country.

So with that in mind I present to you The Forties Weekender, a collection of songs from the likes of Leadbelly, Hank Williams, Woody Guthrie, Muddy Waters and more. You probably won’t hear most of these songs if you visit Sheringham for the next Forties weekend, so enjoy them here on this Mix Tape.

Who knows, maybe next year you’ll see someone playing outside the Tyneside Club belting out some of these tunes. You can but hope!


Don't forget you can listen to the previous Mix Tapes in the series by visiting
https://www.mixcloud.com/julian-radbourne/playlists/the-two-sheds-mix-tapes/
Posted by Julian Radbourne at 22:02:00