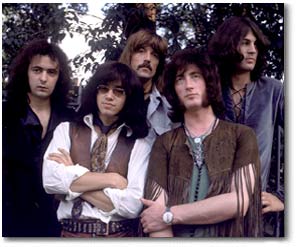 Following on from my previous Deep Purple mix tape we’re now going to take a look at the next stage in the band’s development. In 1969 the band wanted to move into a new direction and replaced singer Rod Evans and bass player Nick Simper with Ian Gillan and Roger Glover, formerly of Episode Six.

The change didn’t happen immediately though. The new line-up’s first single “Hallelujah” had a distinct psychedelic tinge to it, and it was followed by a foray into the orchestral world with Jon Lord’s “Concerto for Group & Orchestra”.

It wasn’t until 1970 that the line-up really hit their stride with the release of the album “In Rock” and the single “Black Night”. After three years of what could be termed as experimentation they had finally found their signature sound, a sound that put them on a level footing with the likes of Led Zeppelin and Black Sabbath in the evolving heavy metal/hard rock scene.

“In Rock” was followed by “Fireball”, an album that wasn’t as commercially successful but still stands up today as a great album. One year later it was followed by the legendary “Machine Head” album, regarded as one of the greatest albums of all time, an album whose making could provide enough material for a book of it’s own.

“Who Do We Think We Are?” followed in 1973, but by then the tensions were getting too much for some. Ian Gillan quit and Roger Glover was forced out by Ritchie Blackmore, to be replaced by unknown singer David Coverdale and Trapeze bassist Glenn Hughes.

This Mix Tape, over two parts, brings together twenty-four songs from the classic Mark II line-up, including all of their single releases from 1969 to 1973, as well as classic album tracks. 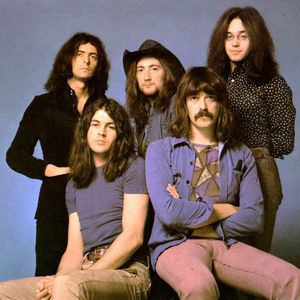