It was twenty years ago today..... 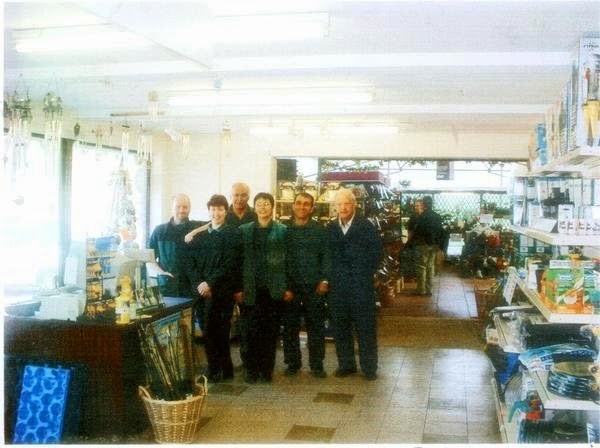 I'd like to take you back to the late 1994. Back then I was a different kind of person. I'd just turned 23, but I didn't really know what I wanted to do with my life. I'd worked in local hotels and factories, but if truth be known I never really enjoyed those jobs, and I'd been laid off from my most recent one because I was suffering from a long-term Achilles tendon injury, and even though I'd applied for dozens and dozens of jobs when I was given the all clear it seemed as if nobody wanted to take me on. In fact it even got to the point where I considered joining the army, just so I could earn a living and say that I had a job.

It was during one of my weekly trips to the job centre that I saw something that would completely change my direction, a sign for a government training program called Target. The premise was simple, you get a work experience placement in a retail establishment and study for an NVQ, in the hope that you'd either get taken on by the business you were placed with or your NVQ would help you find alternative employment.

Yours truly signed up for it straight away, and after my initial meeting with the company who were running the program I thought I'd get an immediate placement. It didn't quite work out like that though. The first option, a clothes shop in Cromer, didn't even give me an interview. The second option, a pet shop in Sheringham, gave me an interview but said I wasn't suitable for them.

So I waited, and waited, and as 1994 became 1995 I began to wonder if I'd ever get on this program. Then I got a phone call about a possible placement at a garden centre in the nearby village of Overstrand. I knew absolutely nothing about horticulture, but it beat the hell out of sitting around on my backside watching daytime television.

To cut a long story short I attended the interview, hit it off straight away with the boss and his family, and on February 13th, 1995, I began a work placement that not only changed my life but gave me friends I've cherished ever since and memories I will never forget. The boss, an extremely likeable chap called Derek Smeda, his wife Sheila, his daughter Beverley, her husband Luigi and their children Louise and Simon made me feel more than welcome.

Over the following weeks and  months I gained valuable retail experience. I worked my backside off and studied hard, and four months later I got my NVQ, passing top of my group. But Derek and his family did something that I will always be grateful for: they gave me a job.

Having left school with no qualifications, and having done jobs which I didn't like and worked with people I never really got on with I'd finally found something I enjoyed. Working with Derek and his family was an absolute pleasure, and as time went by the people I spent every day with became more than just friends, they became a second family. 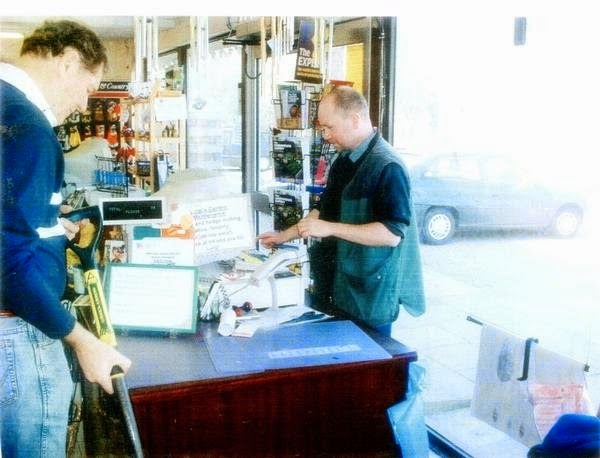 I was proud of the way that I, in my own small way, helped the business grow. During my time there there was only one year when we didn't expand the building in some way, whether it be a new covered area, a new massive greenhouse, or a new entrance to help guide the customer around the premises, we were always trying to expand the business, building for the future.

We also took on extra staff to cope with the expanding business, some permanent, some temporary, and I suppose you could say that they became members of our ever-expanding family unit. We were a happy bunch, always willing to help each other out when needed, always willing to a joke or two, and when one of us needed the proverbial shoulder to cry on we all knew that there was someone we could go to.

But as the old saying goes all good things come to an end. Towards the end of 2001 Derek announced that he was retiring and that his family were selling the business. I didn't say anything at the time but I was heartbroken.

Derek quickly found a buyer, and the business officially changed hands the following Easter. Beverley stayed on to help the new owners out, but even though she was still there things never really felt the same again. New staff came in immediately, and almost everything was changed immediately, and the new owner made it more than obvious that he didn't really want me there.

These events came at a very difficult time for me. Various events that had taken place in my life in the previous few months were beginning to catch up with me both mentally and physically to the point where I suffered a nervous breakdown and was diagnosed with clinical depression, and when it became clear I had no future at the garden centre I officially resigned in June 2002, almost seven years after Derek had offered me a job.

A lot has happened to our small team since then. We've all had loved ones that have passed away, some of us have suffered from ill health, while others have grown up, had successful careers, and have even got married, and even after all these years most of us have kept in touch whenever possible.

So on this day, twenty years after I joined their team, I would like to say a very big thank you to Derek, Sheila, Beverley, Luigi, Louse, Simon, and everyone else who were part of our team at one point or another. Thank you all for your friendship, and here's hoping we keep in touch for another 20 years!
Posted by Julian Radbourne at 14:11:00